In the past 24 hours, 33 people have tested positive to COVID-19 across the state.

It’s the highest figure on any day since April 7 and the ninth consecutive day of double-digit new cases.

The Premier has announced a suburban testing blitz in the suburbs with the most highest rates of community transmission.

In Broadmeadows and Keilor Downs, 50 per cent of residents will be tested over the next three days.

The state government will also test half of residents in Maidstone, Albanvale, Sunshine West, Hallam, Brunswick West, Fawkner, Reservoir and Pakenham within the next 10 days.

“If we can do more, of course we will,” Premier Daniel Andrews said while announcing the testing blitz.

A thousand door-knockers will be patrolling those areas, inviting people to get free COVID-19 tests.

Nine have been linked to known outbreaks.

The H&M cluster, now known as the North Melbourne family cluster, has grown by five cases to a total of 10.

One case is linked to the Stamford Plaza Hotel cluster, and a cluster linked to St Monica’s College in Epping has also grown to five.

A total of 19 cases are now linked to the Keilor Downs family cluster.

Six cases were detected via routine testing and the source of 11 cases is under investigation.

Seven of today’s cases have been attributed to community transmission, one fewer than yesterday.

Press PLAY below for what the Premier said + the 3AW Mornings breakdown of the announcement. 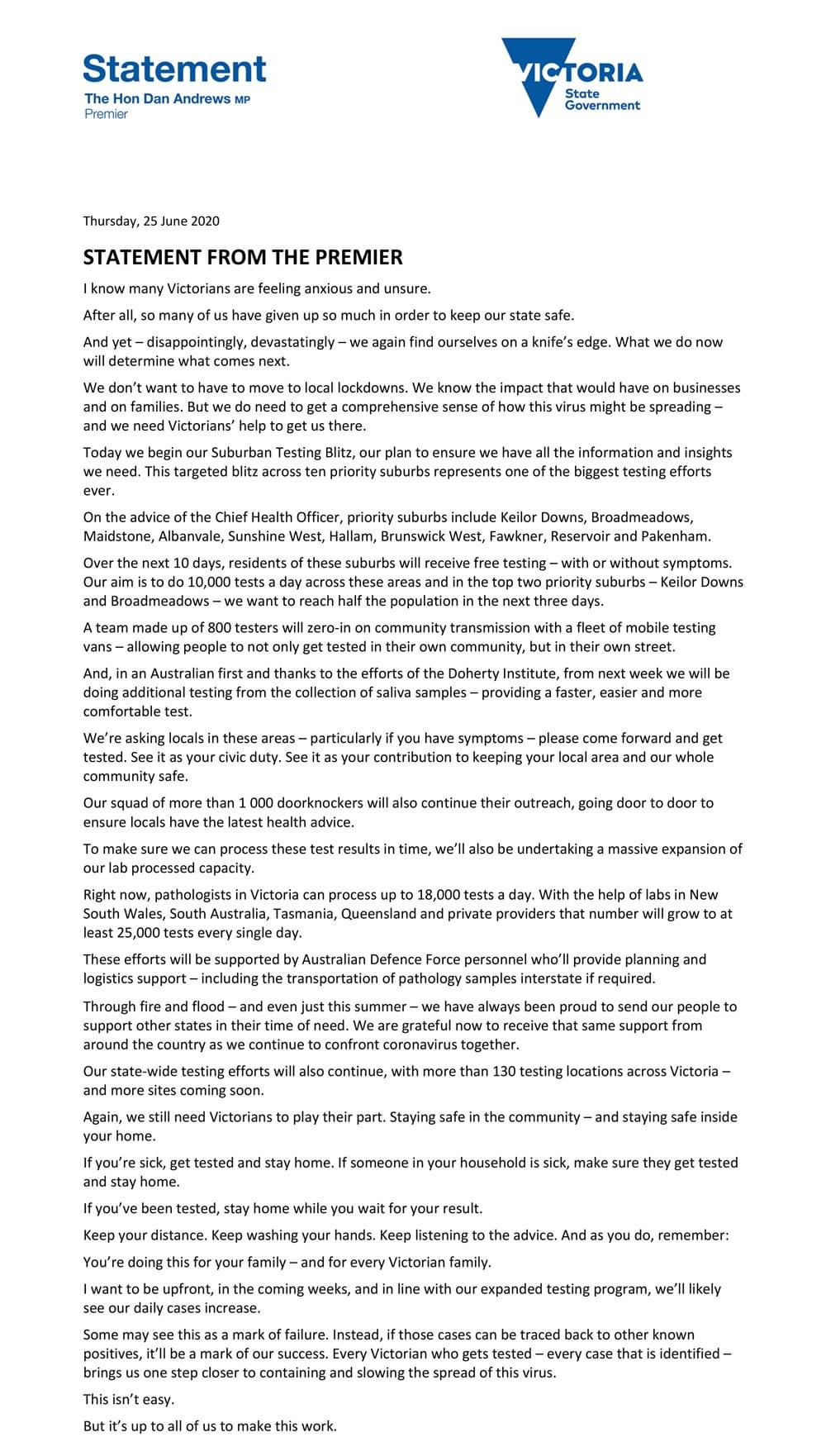 COVID-19 response: What the military are doing and the powers they have in Victoria