Scout the “anti-stress” dog’s needs are pretty simple, all she wants is a pat on her head and her belly rubbed.

The two-year-old border collie’s docile nature is helping to create a soothing, positive environment at classrooms in Fairhills High School in Knoxfield.

Scout’s owner Kristy Burrell is an English teacher at the school and in the lead-up to the Year 12 English exam, Scout was a calming influence on the students as they geared up for the three-hour exam.

“It takes their mind off it,” she told Neil Mitchell. 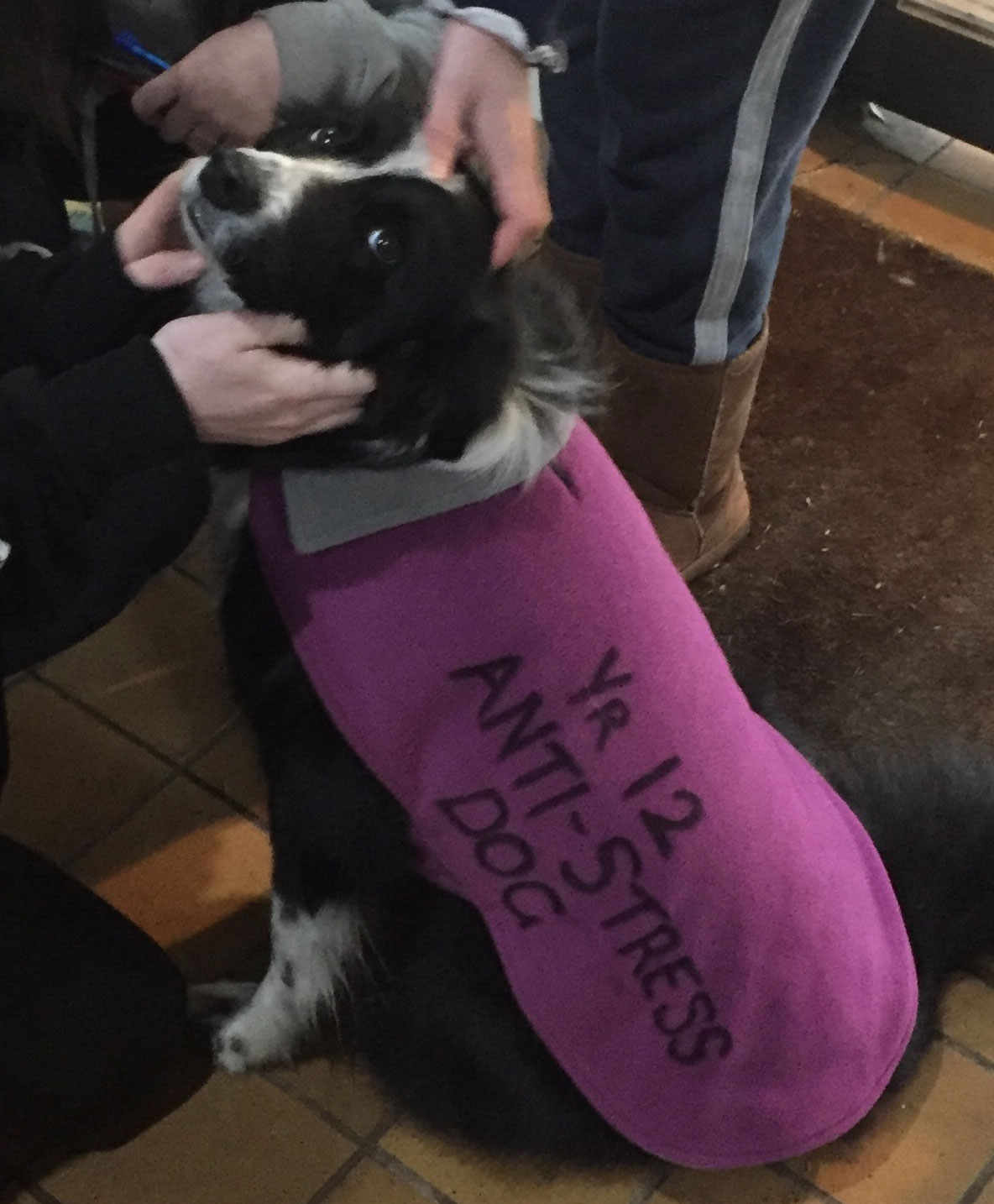 Students look forward to Scout making an appearance, but they know the deal.  They have to finish off their work first.

Scout’s been coming in to classes on the odd occasion since she was a puppy.

“When we got her I thought she was too little to leave at home by herself so it took her to work,” Ms Burrell said.

“She was a little baby, she would sit under my desk and sit there while the kids work.

“When they finished their work they were allowed to talk and have a play with Scout.”

The submissive and friendly border collie plays outside during recess and lunchtime, but she’s straight back in the classroom when the bell rings.

“She’s very calming, they all want Scout to sit next to them,” she said.