“We have a school crossing on Fenwick Street in Clifton Hill over the past year it has frequently been unattended by a crossing attendant,” she said.

“Lots of kids are crossing and using it by themselves and it’s a really busy road,” she said.

In his letter, Daish says he feels “unsafe” using the crossing and it’s his job to make sure his 6-year-old brother Jonah gets to school safely.

Later in the program, the City of Yarra confirmed they’re investigating the issue as the crossing is meant to be manned twice a day, five days a week.

The council says they’re also considering putting in a zebra crossing to enhance safety in the area. 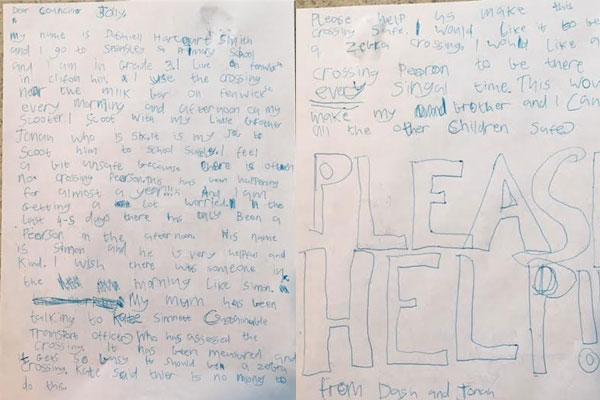