Cow stuck in an interesting situation in South Gippsland

About 40 cows escaped from a property in South Gippsland last night.

Most of the cows were rounded up and returned home… but one was missed.

The cow was later found stuck on an in-ground trampoline, and couldn’t get off it.

“The poor thing couldn’t get to her feet!,” the Rumour File caller who reported the hilarious incident said.

Press PLAY below for the call to the Rumour File.

Kay Laing, the resident who found the cow on her trampoline, called the animal’s owner, and the brought a tractor along to rescue it.

“I don’t know how long it took to get them off but we were back in bed by 3.30am,” she told Ross and Russel.

The cow was not injured and walked more than a kilometre back home.

Press PLAY below for details on the rescue operation. 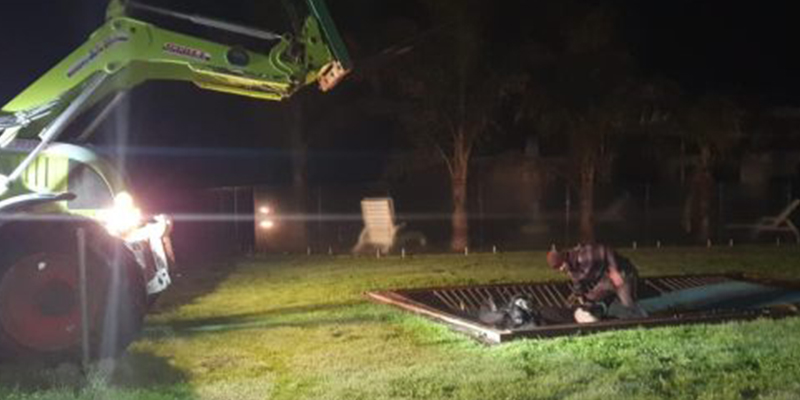