A childcare facility next to a retirement home in Melbourne’s south-east has “burned to the ground” due to a blaze.

It has broken out in the Blue Hills Retirement Home at Cranbourne East.

Up to 40 firefighters are on scene at the property on the Berwick-Cranbourne road.

The area around the home is blocked to traffic.

Aaron told Tom Elliott the building had burned to the ground, but the blaze was now under control. 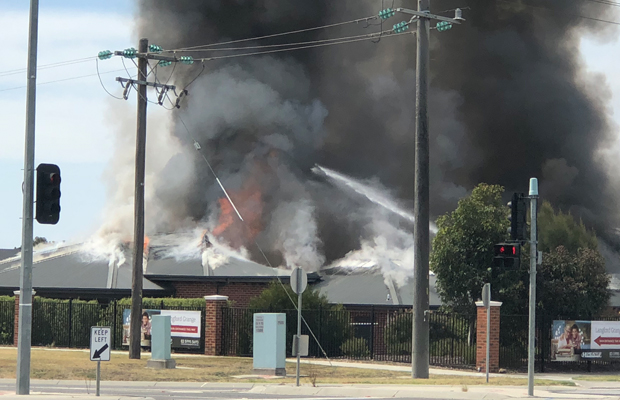