Cruise ship passengers being tested for COVID-19 in Melbourne

Passengers on a cruise ship which has docked in Melbourne are being tested for COVID-19 after some on board displayed symptoms of the virus.

The Golden Princess arrived at Station Pier at 5am after its journey to New Zealand was cut short due to the pandemic.

The arrival comes despite a 30-day ban on international cruise liners docking in the country, which was announced on Tuesday.

Passengers have received a letter informing them that health authorities wish to screen some passengers for COVID-19 before anyone is allowed to leave the ship.

“There was a few passengers who got on board that had come in contact with people that had picked up the disease,” passenger Graham told 3AW’s Ross and John.

It comes after two passenger aboard the Golden Princess travelled on a flight from Los Angeles which carried a person who tested positive to COVID-19.

All passengers on board will have to self-isolate for two weeks after disembarking the ship. 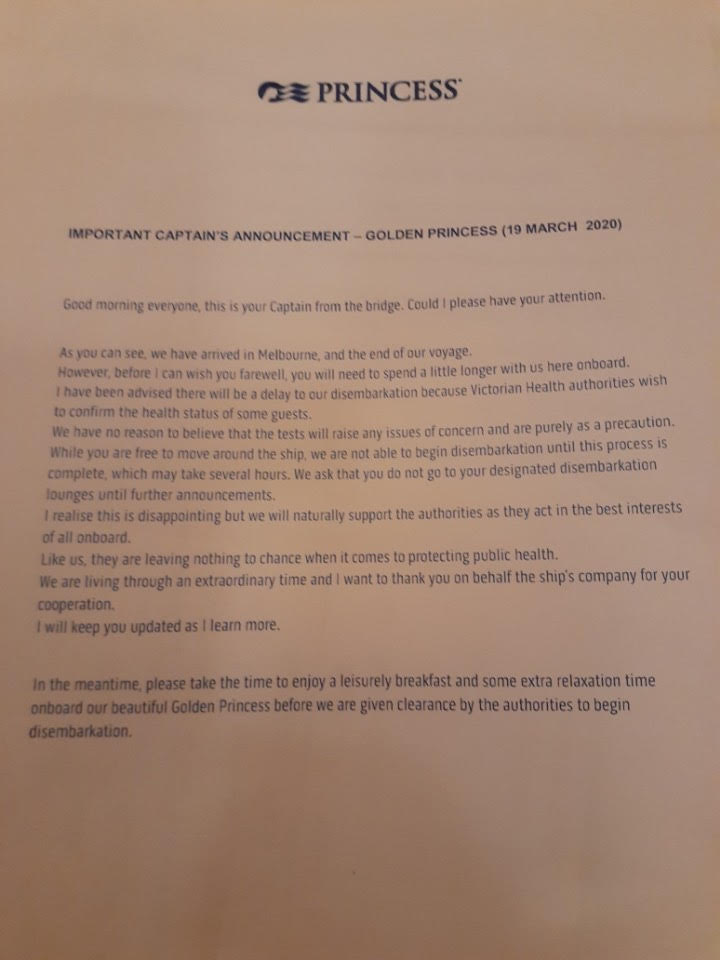