Cyclist punched, set upon by fellow cyclist in vicious attack

A cyclist has been bashed by a fellow cyclist in Melbourne’s outer south-east in a frightening incident on the weekend.

The cyclist, known as Paul, was out for a ride on Nepean Highway near the Seaford turn-off at 8.45am on Sunday when he was apparently cut off by a fellow cyclist.

A verbal altercation turned violent when Paul was punched multiple times before passers-by intervened and the cyclist fled.

“He cut right in in front of me and nearly knocked my bike,” Paul told Neil Mitchell.

“I’ve given him a bit of a spray. All of a sudden he’s more or less corralled me across the road into the gutter, come right up against me and then all of a sudden he gives me a hell of a whack.”

Paul fell to the ground, where he was hit another five or six times.

He was left bloodied and bruised but managed to ride home.

Paul, who’s been riding for 30 years and is a former triathlete, will undergo CT scans today.

Sharon, Paul’s partner, called 3AW Breakfast to detail the frightening incident and call for cyclists to be registered.

She said she thought he had been hit by a car when he arrived home in such a bad state.

“He just looked at me and said no I’ve been assaulted.”

Police are investigating the incident. 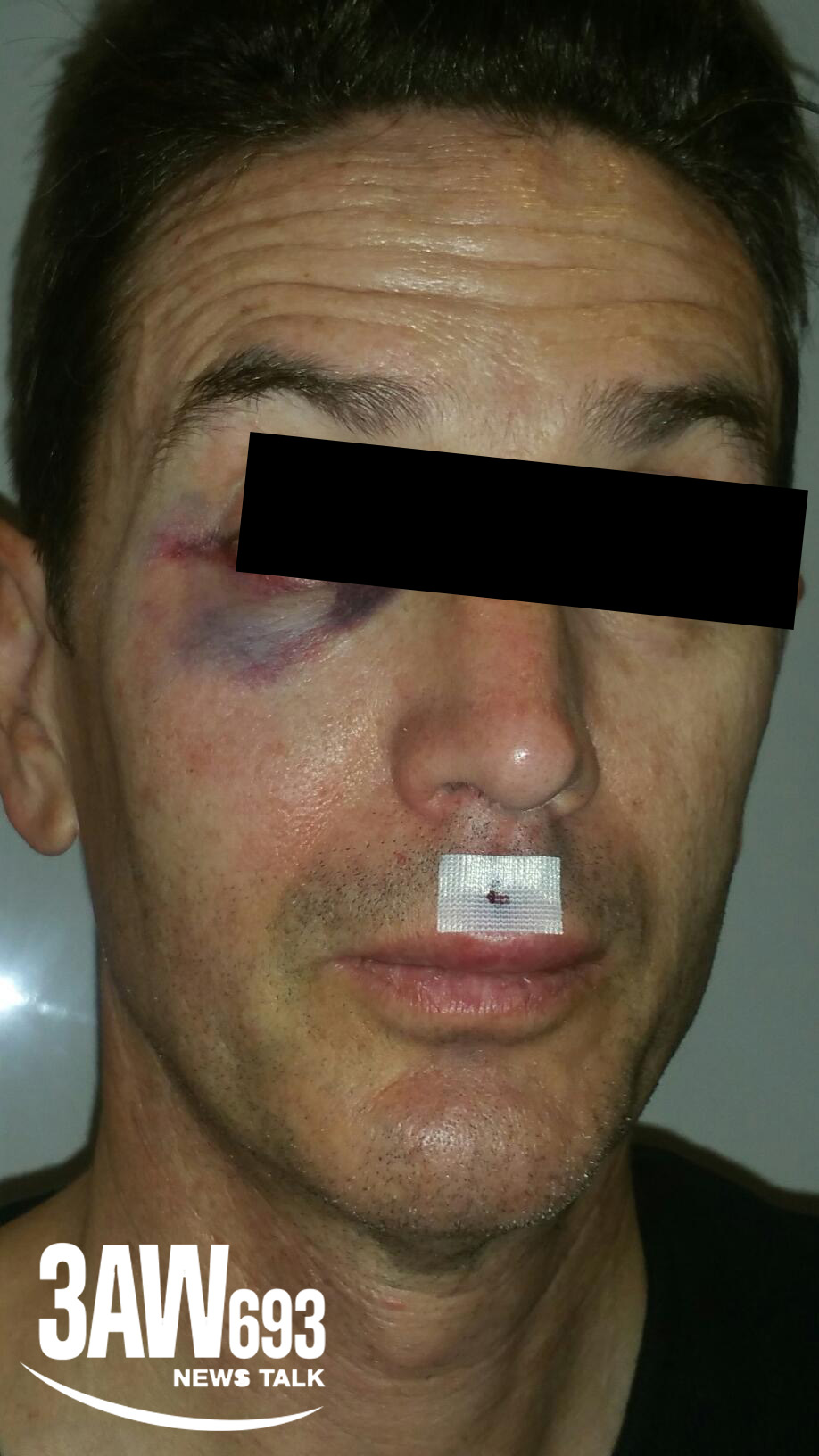 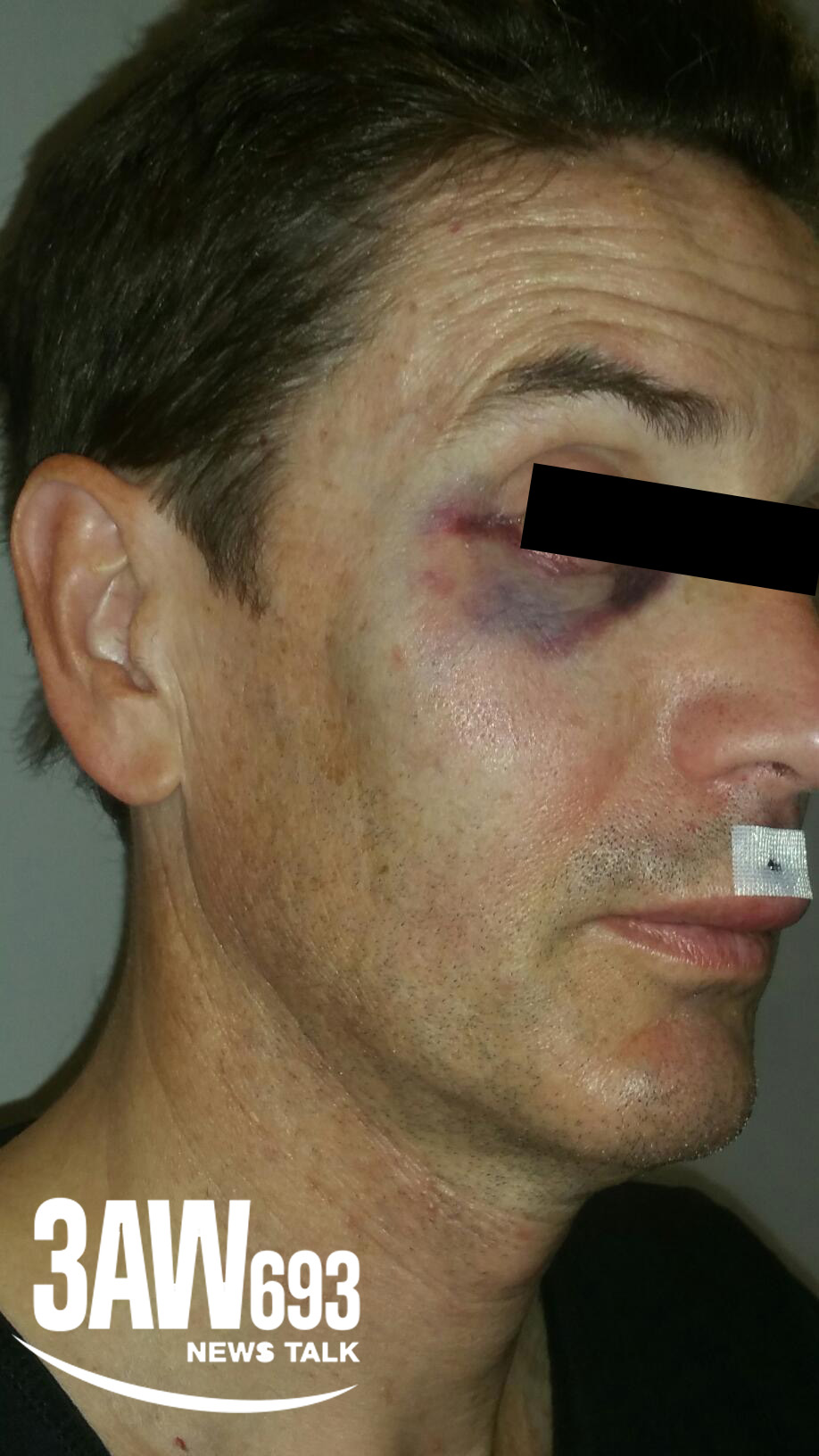