David Attenborough pens handwritten letter to save a Victorian pier

Sir David Attenborough has joined the fight to save the 157-year-old Flinders Pier.

The pier is home to the endangered weedy sea dragon, which feeds of the coral on the pylons of the pier, but Parks Victoria has earmarked it for demolition.

One Flinders who is local desperate to save it wrote to Sir David Attenborough asking for help — and he got a response!

Charles Reis, from the Flinders Community Association, says the pier is an important part of maritime history, as well as the habitat for the endangered weedy sea dragon, and he knew it was special to David Attenborough.

“David Attenborough sent a film crew to flinders about five years ago to film the weedy sea dragon ,which he describes as one of the most beautiful creatures in the southern ocean,” he told Tony Jones, filling in for Neil Mitchell.

“It has a very special place in his heart so I thought ‘what are the chances?’

“As much to my surprise as anyone else’s he actually wrote back!

“With his encouragement we’re really hoping that Parks Victoria will rethink its decision to demolish the first 180 metres of that iconic pier.”

Mr Reis says it’s a “public scandal” that due to lack of maintenance the pier has been allowed to fall into a state of disrepair in the past five years.

“I guess what we’re asking Parks Victoria to do is to tell us: what would it take to save the pier and restore it to its former glory?,” he said.

More than 17,000 people have signed a petition calling for the pier to be repaired rather than demolished.

Press PLAY below to hear the full story 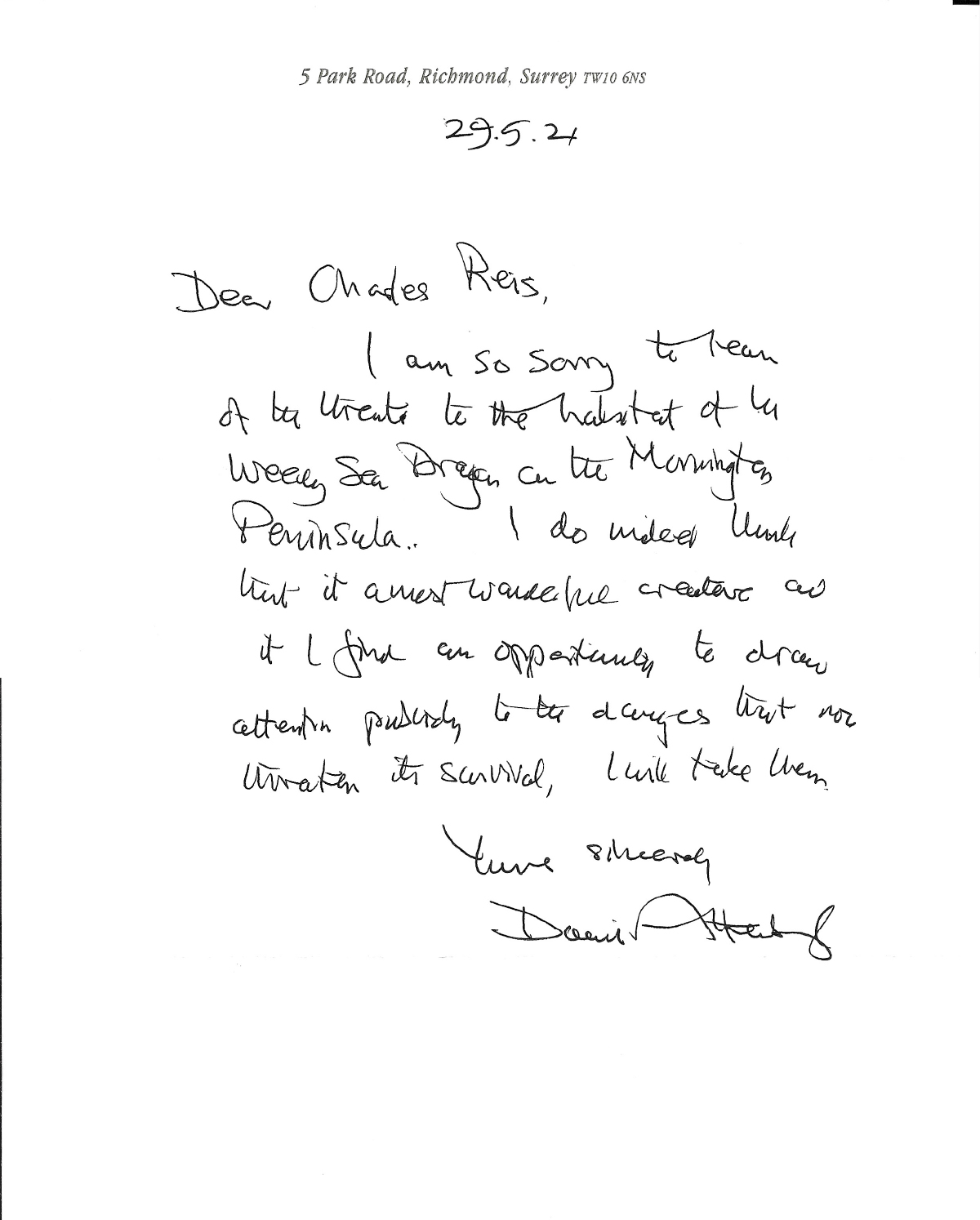 I am so sorry to hear of the threat to the habitat of the weedy sea dragon on the Mornington Peninsula.

I do indeed think that it’s a most wonderful creature and if I find an opportunity to draw attention public to the changes that threaten its survival, I will take them.

see the letter in full