‘Decision is made’: State government plan to bring international students into Victoria from next month

The Victorian government plans to bring international students back into the state from next month.

The Premier’s Office has released a letter sent by Acting Premier James Merlino to Prime Minister Scott Morrison, which says Victoria will accept 120 arrivals a week from May 24.

Under the state government plan, a quarantine hotel would be opened exclusively for international students and “economic cohorts”.

The group would come on top of the existing cap of 1000 arrivals per week.

International arrivals will have to pay fees “over and above” those paid by returning Australians for quarantine.

“His language is unequivocal. A decision is made,” Neil Mitchell said.

“They need the federal government to expedite visas and exemptions.

“The only way that can be stopped now is if the federal government decides not to allow visas, which would be a big step.” 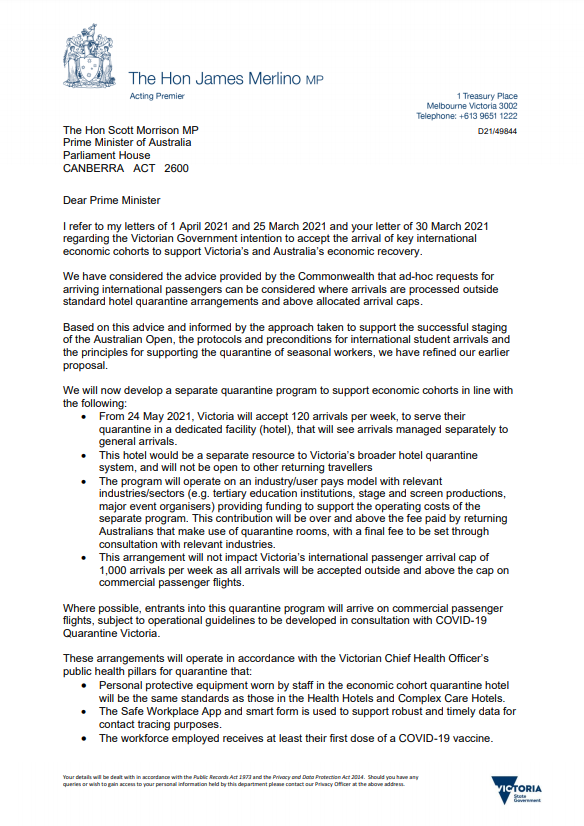 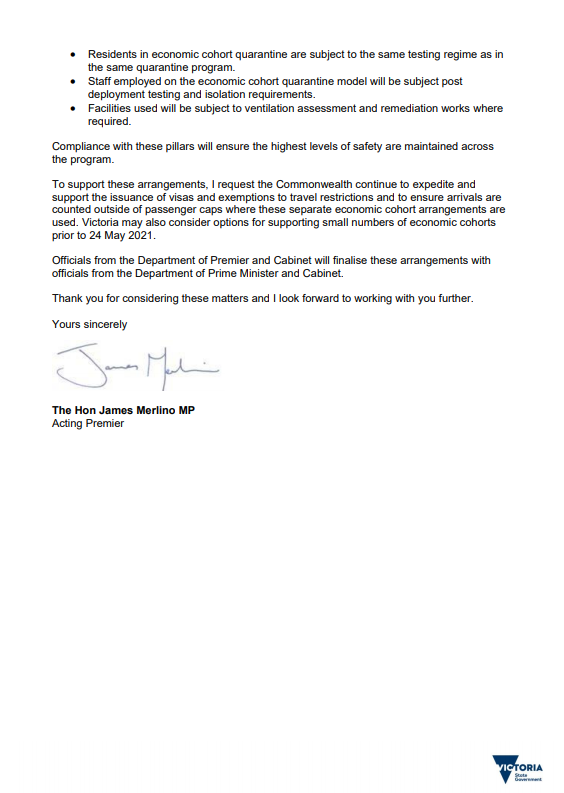