Ms Reynolds has been subject to intense scrutiny over whether she did enough to help former staffer Brittany Higgins after she was allegedly raped by a colleague in the minister’s office two years ago.

She had been due to give an address at the National Press Club, but has pulled-out of the event.

In a statement, the Defence Minister’s office said Ms Reynolds was taken to a Canberra Hospital on the advice of her cardiologist “relating to a pre-existing medical condition”. 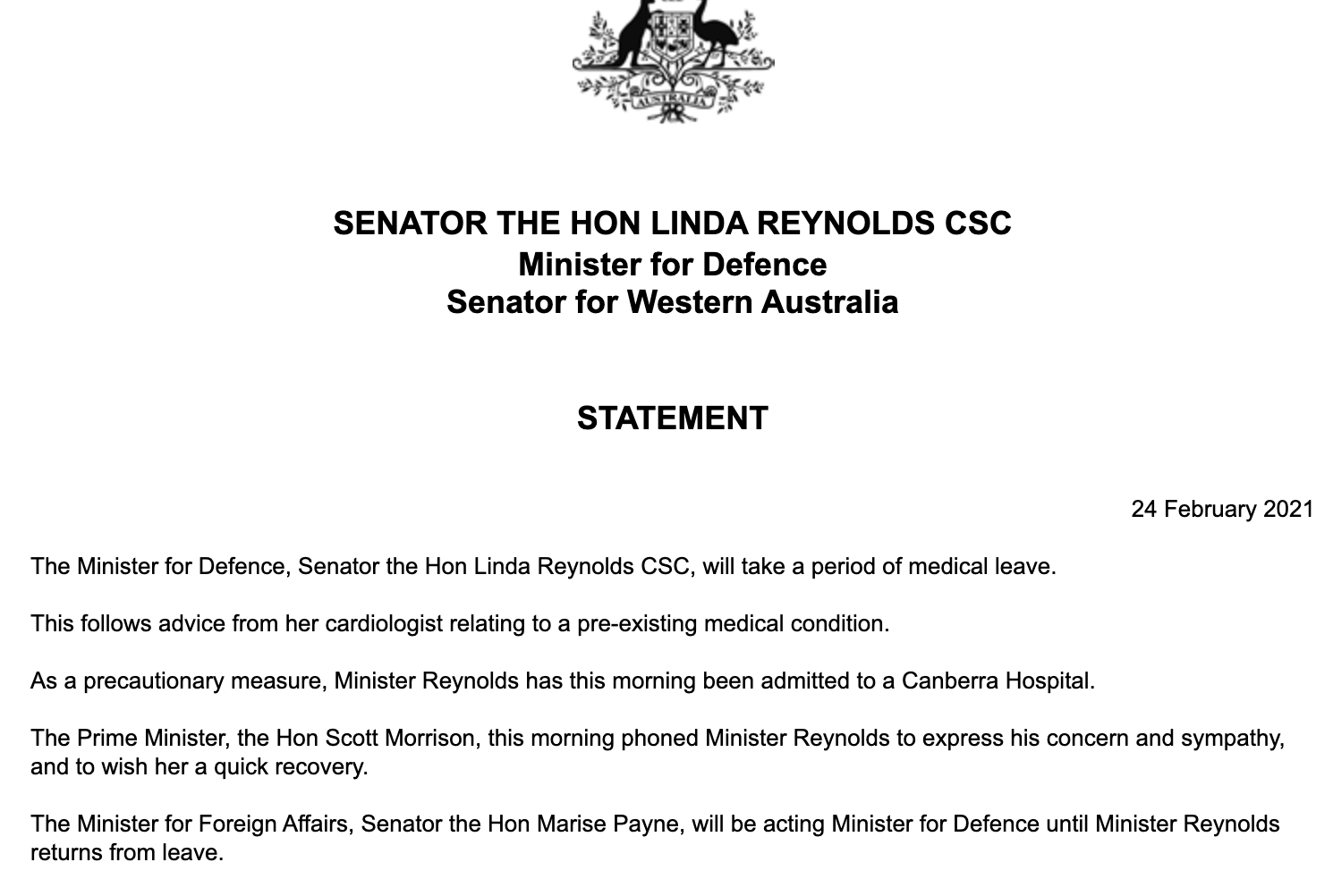