‘Disaster’ looms as piers across Victoria fall into disrepair

Piers across Port Phillip are falling into disrepair.

When Central Pier in Docklands collapsed in August 2019, Neil Mitchell heard from divers who said piers across the state were in desperate need of maintenance.

“We were told then, by people who work on the piers, the divers, that there were disasters (coming) with piers all around Port Phillip,” the 3AW Mornings host said.

The effects neglect now appear to be emerging across the state.

Earlier this month, two piers at Warneet, south-east of Melbourne, were deemed unsafe for pedestrian loads by Parks Victoria.

One was entirely closed and another was partially shut down.

“We’ve got evidence going back 18 years requesting maintenance … and it has just fallen on deaf ears,” he told Neil Mitchell.

Mr Stroud says Parks Victoria has no plan to repair the piers in the foreseeable future.

“Parks Victoria have turned around and said there is no budget this year, or in upcoming years, for restoration,” he said.

Meanwhile, a pier at Half Moon Bay collapsed on the weekend.

Paul, who lives near the pier, says it “collapsed over the weekend totally”.

“They removed three columns underneath the pier about 12 months ago and the force of the water over the weekend has caused it to just totally collapse.”

Piers at Lang Lang, Williamstown, Brighton and Flinders are also reportedly in desperate need of repair.

Seaworks executive officer Glenn Jones says two of the maritime precinct’s piers have collapsed and the main pier has now been closed.

“Our main pier … which we normally would welcome tall ships to, has now been cut off and is now at risk of collapse as well,” he told Neil Mitchell.

“We have some commercial fishing that operate out of this pier. Unfortunately they can’t actually drive their vehicles out to unload their catch anymore.” 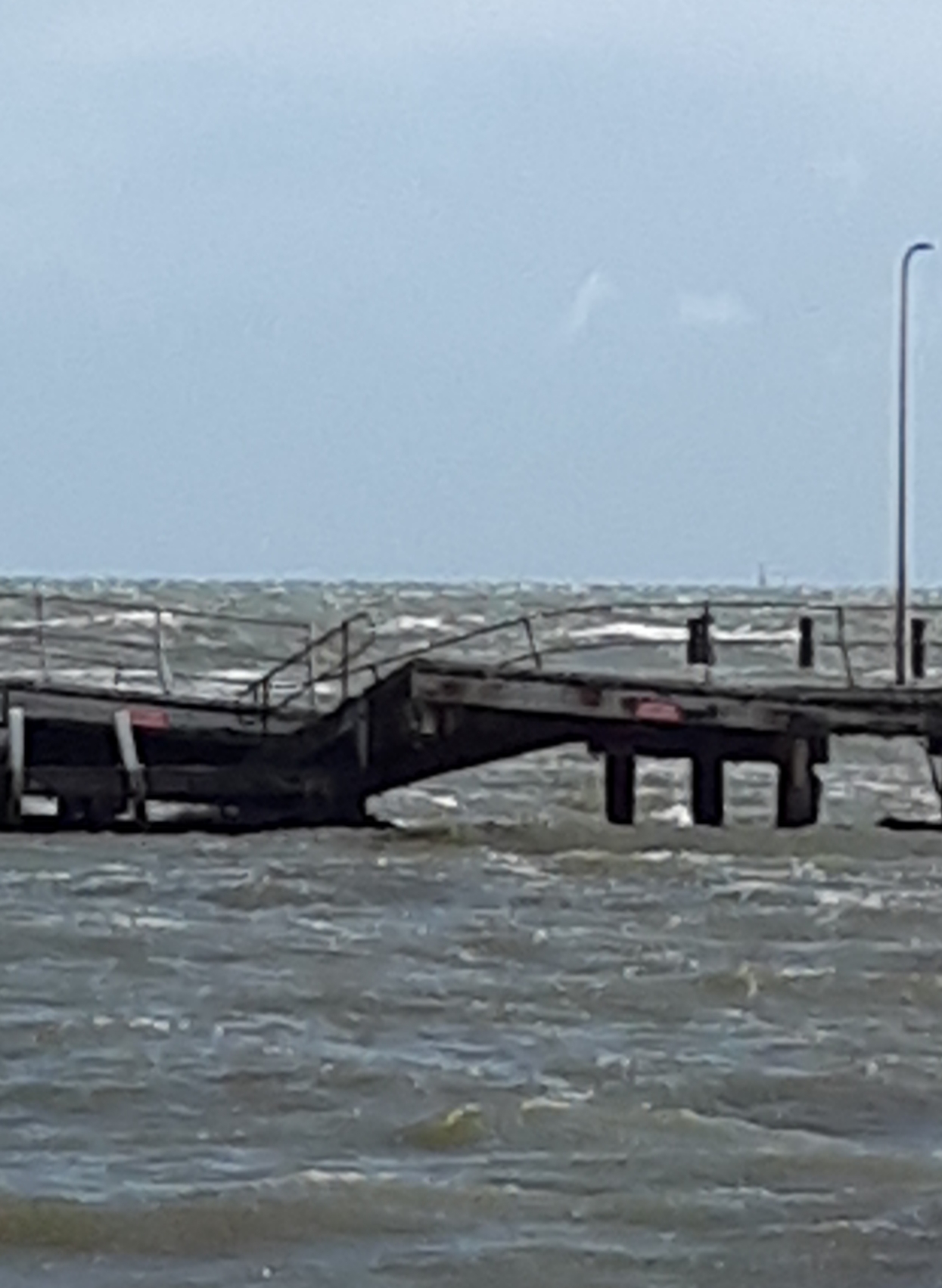 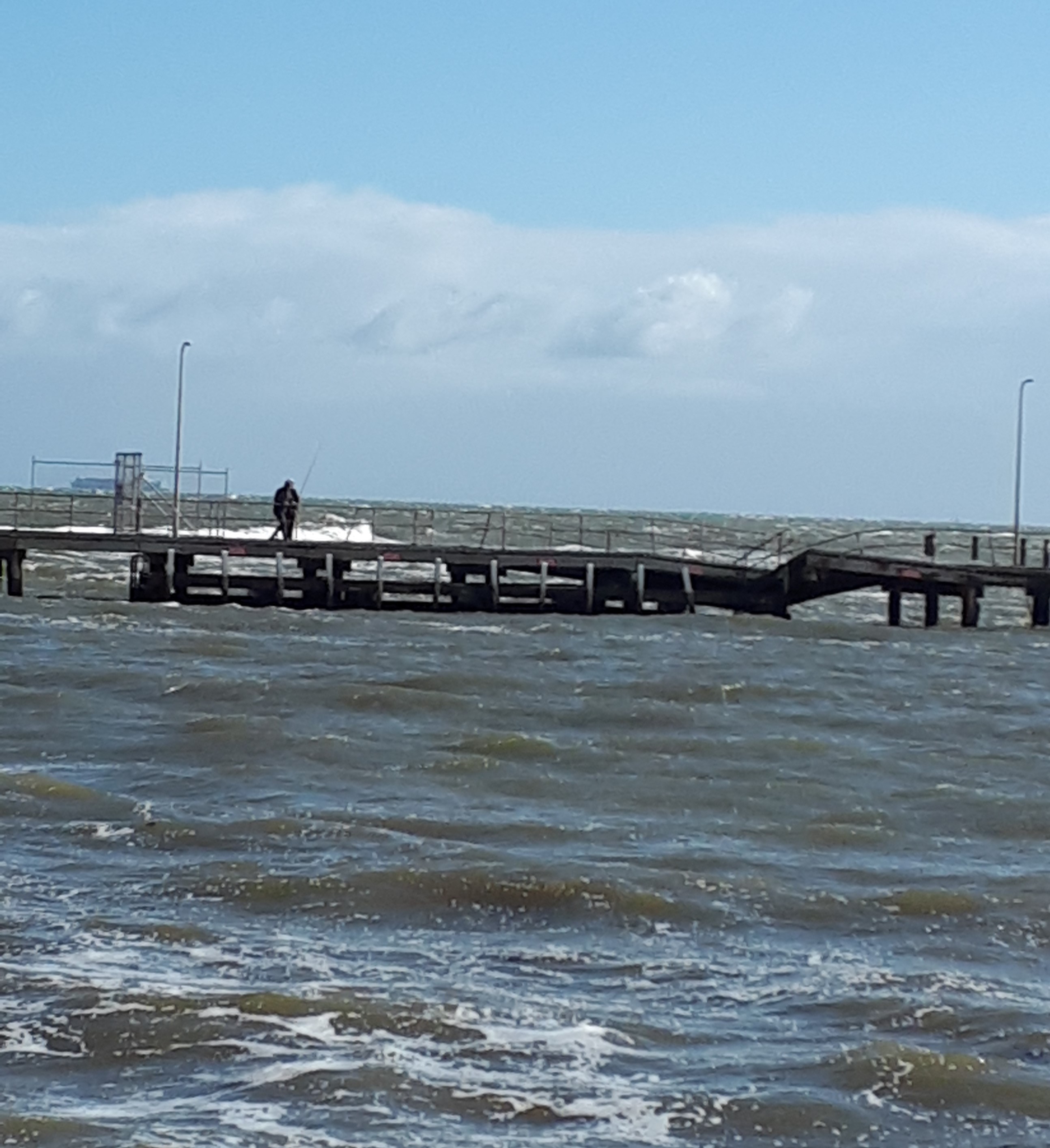 Image (above): Half Moon Bay pier collapse
see the photos