A largely Indigenous homeless camp was abruptly dismantled on Saturday night, ahead of the official opening of the new $50 million Victorian Pride Centre on Sunday.

St Kilda locals say the rough sleepers, who have been camping outside the pride centre site on Fitzroy Street for years, were moved on by police and council officers on Saturday night.

“They carefully washed down the street so the Premier wouldn’t get his shoes dirty,” the 3AW Mornings host said.

“This strip, this part of the street, has for years been a camp for these Indigenous homeless people.

“The authorities came along, they moved on these people who might have dirtied the photo opportunity. They moved them on, not to help them, but to make things looks better!

“Whoever it was needs to stand up and explain why appearances are more important than solutions.”

David emailed Neil Mitchell to tell him he saw the group’s belongings “being dumped into the tray of a vehicle”.

Port Phillip Council responded to 3AW Mornings with a statement, refusing to speak on the program, rejecting any suggestion the group was moved on and said the street was routinely cleaned.

They said they had no move-on powers.

“That’s the whole point, the police were there,” Neil Mitchell said.

Mr Haywood said it was spin.

“It’s exactly what I spoke about this morning,” he said.

The rough sleepers have now returned to the strip. 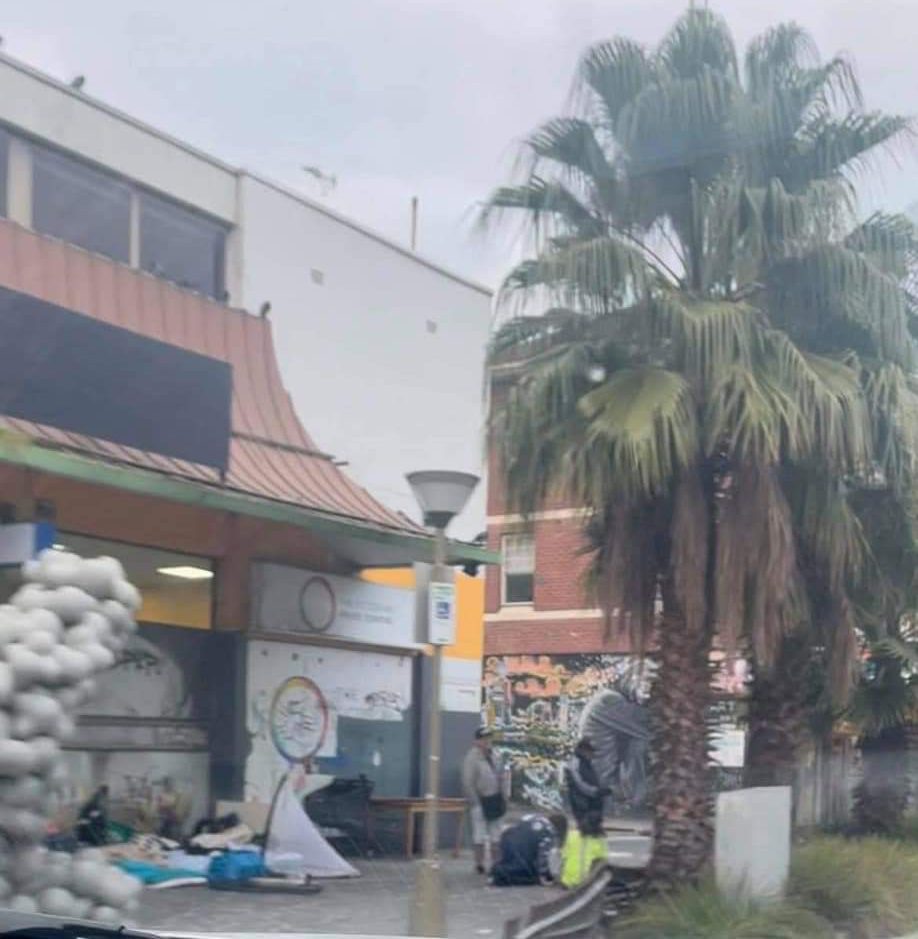