DO NOT DRINK: Urgent warning issued for contaminated tap water in three suburbs

An urgent message has been released warning people in parts of Melbourne’s outer-east not to consume tap water.

Residents in Kallista, Sherbrooke and The Patch are affected, with about 700 households impacted.

Boiling the water will not remove the contaminants.

Yarra Valley Water says an equipment failure at a drinking water tank after the recent severe weather may result in potentially unsafe water entering the system.

“That’s caused some pressure loss in the system and the potential for some contaminated water or storm water to enter the network,” Yarra Valley Water managing director, Pat McCafferty, told 3AW Breakfast.

The do not drink advice is expected to be in place for three days.

Residents have been warned not to: drink the water, wash or prepare food or baby formula with it, or use it for brushing teeth or making ice.

Special care should be taken to not ingest the water when bathing or showering.

Press PLAY below for more details from Yarra Valley Water

Emergency water supplies are available at The Patch Hall and Kallista Public Hall this morning.

But owner the Kallista Deli Cafe, Richard Harrop, says the water supply that has arrived at Kallista is comically small.

“The truck has finally arrived with 1000 litres,” he said.

Press PLAY below to hear more on the situation in Kallista

Yarra Valley Water says 1000 litre tanks are the only tanks that can access Kallista currently.

Yarra Valley Water managing director, Pat McCafferty, says the 1000 litre tank of water sent to Kallista is the first of many, and more will be arriving later today.

Anyone who has consumed the water and feels unwell should contact their GP for advice. 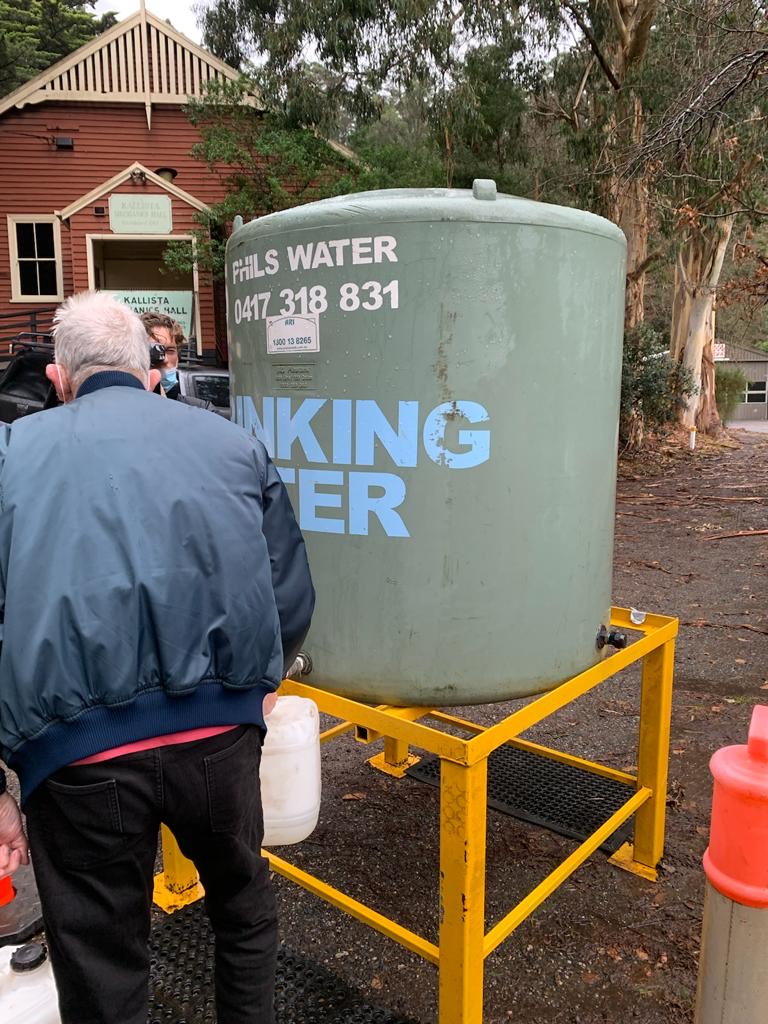