Donald Trump and Kim Jong-un: Which leader got more from the historic meeting in North Korea? 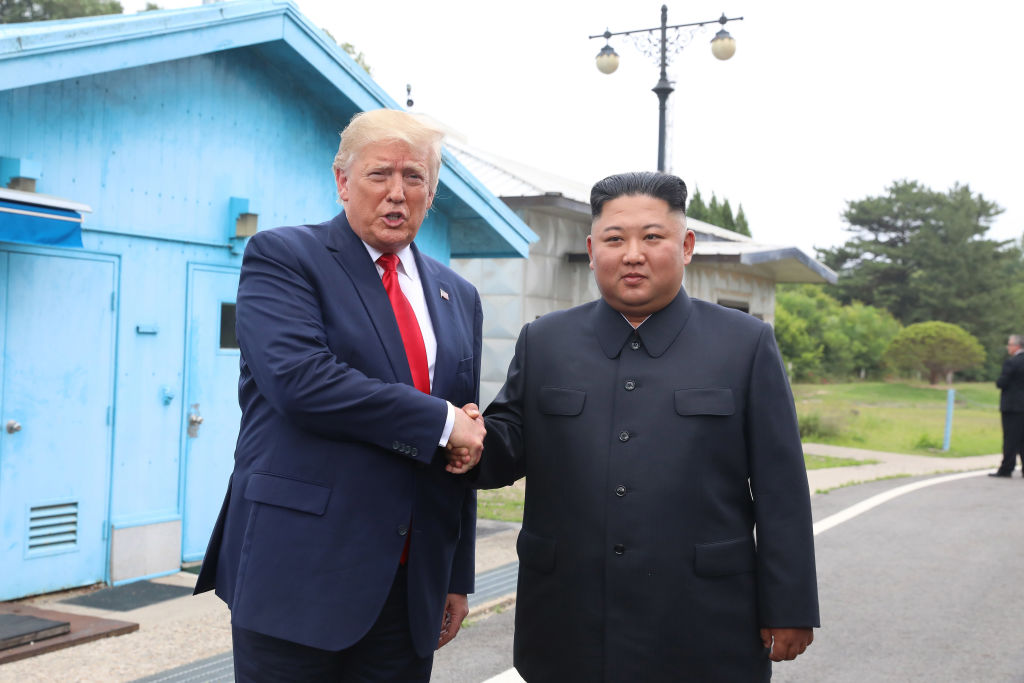 US President Donald Trump and North Korean leader Kim Jong-un have met in the demilitarised zone that divides North Korea and South Korea.

But what does the meeting mean?

Joseph Siracusa, Professor of Human Security and International Diplomacy at RMIT, said the meeting is a great publicity move for Trump, but it may not mean much.

“In terms of style the President gets an A+. It was a spectacular moment, great television, great iconic photo,” he told 3AW’s Tony Jones.

“In terms of substance it’s a D- because not much has changed.”

It’s the third time the two leaders have met, with Trump pushing for Kim Jong-un to give up nuclear capabilities, and the North Korean leader fighting for sanctions against his country to be removed.

Mr Siracusa said there was a clear winner from the meeting.

“I think the President got more out of it than Chairman Kim,” he said.

“Kim had to make a great concession in agreeing to see him, in light of getting nothing last time around in Hanoi.

“I think that the North Koreans gave a little more than they got.”

It’s unlikely either leader will get what they want from the negotiations which they have agreed to resume.

“Nobody is going to get these people (North Korea) to get rid of their nuclear weapons, it’s the only way they get anyone to talk to them,” Mr Siracusa said.

But if Trump manages to convince the country to give up their nuclear capabilities, he stands to win a huge victory.

“If it works out then Trump is up for a Nobel Peace Prize,” Mr Siracusa said.

The stakes are high for Kim Jong-un, too.

“I think Kim is under enormous pressure to do whatever he can to get rid of those sanctions.

“If he doesn’t do enough he’s going to end up in a war with the United States, and we all know how that ends.

“If he gives the Americans too much the North Korean generals will put a bullet in his head overnight. He’s not as safe as you may think.”