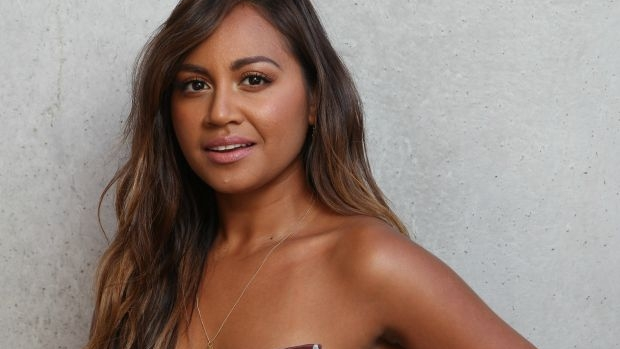 Quote of the week: ‘I stopped eating crap. The carbs, the sugars and the fats,’ says Pettifleur Berenger reflecting on her new shape. The tiny Real Housewife of Melbourne has shed four kilos but believes it looks like ten because of her frame.

The girls are all back for another season of the feisty Foxtel reality show, with new gal Susie Mclean adding to the glamourous line-up.

Spotted: Funny lady and author Magda Szubanski having a swig of a local reporter’s water bottle as she dealt with a ‘dry throat’ on a recent red carpet.

The incredibly charming and rather witty Andrew O’Keefe (Deal or No Deal, The Chase Australia) refuses to wear the associated garb, i.e. lycra, but he did confirm to me that his new svelte look is thanks to taking up running. He’s feeling the years creep up on him, (at 43 years of age) and decided a health kick was in order.

Carla Zampatti was lauded for her 50 years of design at a splendid gala at the National Gallery. She spoke to hundreds of admirers who had gathered, reflecting on her inspirations of yesteryear and today.

She wasn’t afraid to detail the difficulties she faced when she arrived from Italy as a young girl, at a time when Italian immigrants were called wogs and dagoes. She just wanted to be sent to school with jam sandwiches not Italian sandwiches.She spoke with guests and took photos and was completely divine. At 73, she’s still designing but looking forward to a holiday at Christmas

Singing star Kate Ceberano has been spruiking her daughter’s talents via social media. It was a proud mum who posted photos of the young performer in a red and shiny black fringed costume with this note. ‘Thought I’d share with you my daughter Gypsy’s first public singing performance. The apple doesn’t fall far from the tree hey??  I’m so proud of her.’

And who’s a proud dad? Well, I reckon Larry Emdur would be. The Channel Seven host, who is keeping himself in great shape, has son Jye Emdur in the top 30 vying for Cleo Bachelor of the Year. Jye is 21 years old and making waves in the modelling arena while still studying. Gorgeous.

Big names lured to the Entertainment Dome at the Royal Melbourne Show this week include Justice Crew and Taylor Henderson. But I’m personally impressed that mega star Jessica Mauboy is showcasing her new single and making a stage appearance. Love that she’s not become too big for her boots.

Charity of the week: Ada Nicodemou, Ita Buttrose (Patron) and Samantha Harris are all supporting the Priceline Sisterhood Foundation and the five charities that are affiliated with the campaign. The Ambassadors will appear at various Priceline Pharmacies over the next fortnight. Charities to benefit include Alzheimer’s Australia and Children First Foundation. Donations to www.priceline.com.au/sisterhood