Donna Demaio’s Gossip Sheet: Aussie actor ‘too old and heavy for the role’ 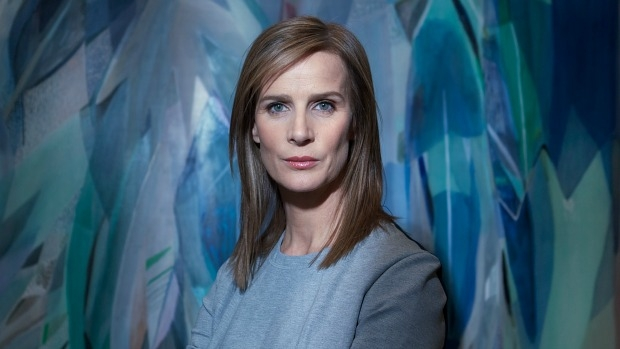 Quote of the week: ‘I’m about 20 years too old and 50 kilos too heavy,’ smiles Rachel Griffiths when asked about who she will cast as Michelle Payne in the film version of the jockey’s life. The actor turned director is keeping mum on who will get the plum role of depicting the Melbourne Cup champion on the big screen. While word is that Payne’s book will be out next month.

And what an incredible moment when Hugh Jackman realised the Melbourne Cup winning jockey and her brother Stevie were in the crowd at Village cinemas Crown to watch Jackman’s new film Eddie the Eagle. Jackman, with microphone in hand, addressed the pair and told them how proud he was of them. He drew parallels with Eddie the Eagle, about a British man who dreamt of becoming an Olympic ski jumper, and their achievements at the Flemington races.

Just in case you’re wondering, Jackman also enjoys going to the movies as a general punter and revealed on the red carpet that the latest film he caught was ‘Zootopia‘ which he loved. He joked that he’s been spotted eating steamed broccoli at the cinema (during training for Wolverine) while others, gorging on popcorn, give him sideways glances.

One of the loveliest ladies in town is taking the grand-kids to the circus. Patti Newton has a merry troupe to accompany to Cirque Adrenaline when it opens at the Arts Centre this weekend. It’s a short season for a show from the producers of The Illusionists and Le Noir. Set to be spectacular. Shane Crawford and Claire Bowditch are also on the guest list.

Tweet of the week: Actor Sam Neill had a vent via twitter: @TwoPaddocks Woman at @Optus refused my NZ driver’s licence as I/D. Because I am ‘foreign’. Wow. Next stop Manus Is. I guess.

Busker alert. The Doug Anthony All Stars are enjoying another comeback after their previous comeback. The Melbourne International Comedy Festival is in full swing. If you want to catch a free gig, The DAAS will be performing near the Melbourne Town Hall, Wednesday and Thursday this week at five pm before ticketed gigs at the Town Hall this weekend. Yay for a hearty mid-week laugh. I wonder if they G-rate the free show!

There is no doubt vinyl is enjoying a resurgence. Not only is an exceptionally insightful t Foxtel series Vinyl starring the captivating Bobby Carnavale currently screening, Record Store Day is coming. Ella Hooper and Adam Brand are amongst the ambassadors spruiking the joys of vinyl on April 16. www.recordstoreday.com.au for the stores taking part.

Cold Chisel has contributed to Aussie music for 40 yeras.

Recognition for Cold Chisel from APRA for their 40 years contributing to the Aussie music scene. They will be the recipients of the Ted Albert Award for Outstanding Services to Australian Music on April 5 at the APRA music awards in Sydney. Nice one. Did you know the ban has sold almost seven million albums?

David Hobson needs help. The superb singer has admitted to a pathological obsession with the Melbourne Football Club. ‘My emotional barometer is attached to how we ( Melbourne) are going. I’m the sort of guy that stays to the end of the game and if we are getting beaten by 100 points, I’ll stay to the end to support them. It’s like they’re in a coma and we’ve just got to hold their hand like they’re a sick friend and say go Dees. They’re going to wake up sooner or later.’

Hobson was amongst the opening night audience of Velvet, a sensationally sexy show that offers the sweet sounds of Marcia Hines and spectacular circus and hula hoop acts at the The Malthouse Theatre. So, so good.

Spotted: Hollywood actress Melissa McCarthy (The Boss) wanted to get arty while on a mega quick trip to Melbourne and thrilled National Gallery of Victoria staff by heading to the Warhol/Wei Wei exhibition which finishes April 24.

Charity of the week: Blue Frost Gala Ball follows the Australian Women’s Network Business Summit (ten speakers in one day) this Saturday April 2nd at The Pullman Hotel, Albert Park. The events raise funds for Safe Futures Foundation. The delightful Melissa Hetherington is popping back from her home base in LA to host the summit while Harrison Craig is gearing up to perform at the Gala. http://australianwomensnetwork.com/

Giveaways: Want to watch the antics of the Chelsea gang in LA? There are loads of awkward moments and great goss when the group takeover the City of Angels in Made in Chelsea LA. You could also win Made in Chelsea NYC. Reality television at its ‘finest’. Email ddemaio@3aw.com.au for your chance to win a DVD of the show that has a massive social media following and has its followers in fits.