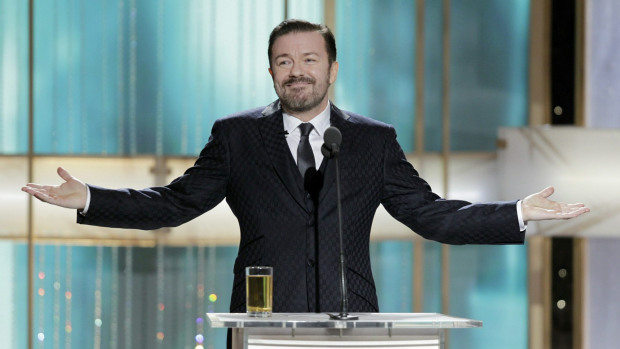 Quote of the week: ‘As long as it is about the work and not about something superficial like ego and fame, just go for it. Keep working and stay humble,’ says Chris Hemsworth when asked for his advice to young actors. The Thor star has new adventure drama In the Heart of the Sea opening at cinemas this week. (Catch up on my interview with Hemsworth here.)

Tweet of the week: @rickygervais Donald Trump is making hosting the Golden Globes way too easy

Legendary actor Sam Neill (Jurassic Park) has revealed his sweet tooth by tweeting about what looks like a fudge addiction. He wrote – @twopaddocks After extensive field research, I can confirm the following: it is impossible to eat JUST ONE piece of fudge. Never been done. Fact?

Spotted: Colin Lane momentarily exchanging quotes from his Lano and Woodley days with a fan just before jumping on a somewhat nausea-inducing-yet-fun ride at Santa’s Magical Kingdom at Caulfield racecourse. No-one does dead pan like Lano. Hilarious.

Gracious and hard-working chef Guy Grossi is on board and busy designing the menu for the Melbourne Food and Wine Festival’s longest lunch ( March 4) , which sells out quick smart by the way and for the first time will held on the main street of the Albert Park Grand Prix track. Grossi had a fine catch up with fellow chefs Adam D’Sylva and Scott Pickett as they shared thoughts on the Festival’s offerings next March while excellent salami, exceptional Harper and Blohm cheeses and superb Levantine Hill wines were served at the launch held at a private residence in the Eureka Tower. Swish.

A woman having a heart attack during Hugh Jackman‘s Broadway to Oz saw several people come to her rescue, just before interval. Amongst those helping during the health scare was mum of Channel 7 reporter Melina Sarris who knows her First Aid. Sarris’ mum was at the concert as a birthday surprise but was happy to interrupt celebrations to help out, before a doctor came to the fore.

Veteran actor John Wood was easily one of the most sought after celebrities by guests at the Starry Starry gala at Crown recently. Many selfies later, Wood admitted he hadn’t realised that it was a black tie event and turned up in an open-necked blue shirt. The TV legend and Gold Logie winner is forgiven, I’d say.

Ahhh, getting old has hit hard for former game show host Tony Barber. The likeable fellow is over 70 and warns anyone over that age shouldn’t move house because as he put it, ‘You’ll never watch tv again’. Reconnection too hard, he reckons. He then pined via social media that he missed the days when he just rang Channel 9 to send one of the guys around – adding a sad face emoji for emphasis.

Charity of the week: A local patisserie and caf? institution in Malvern is giving back by offering free ice cream this Sunday to mark the beginning of Summer. Fleischer Cakes in Glenferrie Road will hand out the frozen deliciousness to gelato fans (they make their own icecream as well as incredible pastries and delicacies) and any gold coin donations go to Challenge, helping children living with cancer.

NCIS New Orleans: A drama series about the local field office that investigates criminal cases that affect military personnel. Led by Special agent Dwayne Pride, the show is filled with tough, charismatic characters and a gripping look at the colourful city and its dark side.

Madam Secretary: Starring Tea Leoni as Secretary of State Elizabeth McCord. She has flair, knowledge and makes quite an impact on those around her.

To win a copy of Season One of NCIS Miami or Season One of Madam Secretary, please email ddemaio@3aw.com.au and share the Gossip Sheet via social media. Thanks and good luck.