Donna Demaio’s Gossip Sheet – February 12: The morning TV host that got the axe 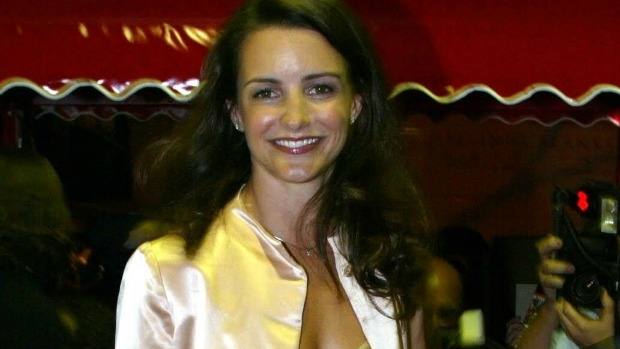 Awkward! Sunrise host Samantha Armytage admitted today she had been dropped as MC of a charity lunch gig. The revelation came as the Sunrise on-air team expressed a lengthy apology to Sex and the City star Kristin Davis who was offended at having to participate in a skit (seemingly purposefully awful) on the show yesterday morning. Davis is doing great work with the UN’s refugee agency but has since sacked Armytage who was to MC and hold a Q and A in aid of Davis’ work in Sydney today. A bit sensitive? Kochie ended the apology with a plea to ‘smile’.

Quote of the week: ‘I don’t think they get our gun control. Americans think we’re socialists and I’m like, ha, that’s hilarious,’ ruminated Rachel Griffiths during a recent sojourn to LA. Her words were a response to the question, ‘Do Americans get Australians or do they have more to learn about us?’

The friction is real. Was that a cringe-worthy moment between two of the Real Housewives of Melbourne at the screening of Zoolander 2 at Melbourne Central this week? Season 3 starts airing on February 21 on Foxtel Arena with feisty new cast member Susie McLean. Plenty happens in the first two episodes I have previewed, having lost count how many times Shane Warne is mentioned. The group is made up of strong-minded, opinionated and forthright characters. Perfect reality tv.

MKR judge Colin Fassnidge has taken to Instagram to bid his final farewell to his Sydney eatery Four in Hand. The dining room officially closed this week, after the property was sold late last year. The opinionated, cheeky chef had lovely words, after ten years,  to say about his team. Aw shucks. He then posted ‘good thing about selling a restaurant is we cash the cheque and hit the karaoke.’  Meantime MKR continues it’s rating bonanza with solid figures hovering between 1.5 and 1.8 million viewers

Model Jesinta Campbell looked every inch a muse as she posed for talented photographer Monty Coles at the Mimco 20th birthday party at ACCA (pictured below). She wore a stunning, low cut gown that perhaps could have benefited from Hollywood tape as Campbell draped herself across a beautiful chair at the pop up studio. During a truly illustrious career, Coles has photographed many a famous face including Twiggy and Chubby Checker and during the cool party took amazing portraits of guests. The super party also lured entrepeneur Grant Smillie and weather gal Jane Bunn.

Two 15 thousand dollar scholarships are being offered to young Aboriginal and Torres Strait Islander people under a Melbourne Theatre Company initiative. It includes an internship at the MTC which will help recipients learn how a major performing arts organisation operates. Applications are open until Friday February 19 mtc.com.au/indigenousScholarships

Whisper: Martial arts guru and Hollywood star Jean Claude Van Damme is rumoured to be heading to Melbourne around mid-year for a special appearance at Hammer’s Gym. Wonder if he will do a self-defence workshop. Don’t forget to stretch!

Working with Hugh Jackman on the movie Les Miserables has surfaced as a career highlight for David Roberts, who has joined the cast of Ghost the Musical, which opened this week at The Regent Theatre. Roberts has swept in from the West End, joining Rob Mills and Jemma Rix in the romantic show enhanced by technological marvels and wonderful illusions.

Charity of the week: Nepal is still struggling with the aftermath of last year’s devestating earthquake. Kathmandu and Intrepid Travel have partnered with documentary film Sherpa for some special fundraising preview screenings in February. The aim is to raise funds for the rebuild of the country’s economy, infrastructure and tourism industry. The award winning film doesn’t open across cinemas until March and funds will go to the Australian Himalayan Foundation and other assistance organisations. Tickets: www.kathmandu.com.au/summit-club/events

GIVEAWAYS: The Complete First Season of The Partridge Family and the Complete Second Season of The Partridge Family are now available on DVD. Six discs of 49 episodes track the rock n roll adventures of one of TV’s favourite families. Special features include commentaries with Shirley Jones and Danny Bonaduce. ‘Come on get happy, indulge in some nostalgia and simply email ddemaio@3aw.com.au to win.