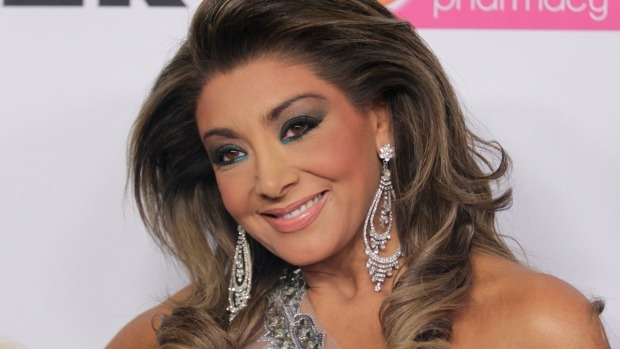 Quote of the week: ‘It’s unfortunate some people get a bit of charity fatigue but Australians are really good at delving into their pockets when they need to and having a great time,’ says David Campbell as he prepares to make his debut at the Starry Starry Night gala at the Palladium.

He has been warned it’s ‘a wild event’ which he’s looking forward to. The fundraiser brings together a collection of famous faces singing and dancing to entertain the crowd, some of whom are not known for those particular talents. A mystery international guest is believed to be performing. Funds go to The Alannah and Madeline Foundation to help victims of child abuse and bullying.

The secret to keeping fit (and surviving the intense physical and mental strain) when running some of Melbourne’s best eateries could be power lifting. Chef Benjamin Cooper works out every day to maintain a healthy mind and body as he and his exemplary team open another buzzing restaurant- this one in Windsor called Hawker Hall (looking for authentic satay?) The Lucas group is also responsible for the perennially exceptional Chin Chin, Baby and Kong.

Champion Melbourne Cup jockey Michelle Payne expressed her genuine joy after meeting royalty recently as she curtsied before Camilla. Hoping the hard working jockey finally gets to relax on her planned Bali trip with sisters and friends. Ash cloud go away!

Rock bands have riders so why not comedians. Seems the family oriented Brits Mrs Browns Boys – heading to the The Plenary at MCEC early next year – believe in ‘play together, stay together’. It’s rumoured the troupe have a mini golf and indoor soccer set up in their dressing rooms so they can hang out together.

Arts news: Seasoned cabaret performer and star of ‘Keating the Musical‘ Mike McLeish is the new Artistic Director of the Melbourne Cabaret Festival. So many years on, I still have visions of Eddie Perfect in fishnets as Alexander Downer in Keating the Musical. So witty, so silly, so entertaining.

Spotted: Actor Michael Veitch perusing food stands at Taste of Melbourne at Albert Park while Masterchef George Calombaris gave cooking classes nearby. Wonder if either of them indulged in the exceptional salted caramel Maggie Beer ice cream they were handing out to foodies. Top shelf restaurants represented included The Royal Mail, Sake and Movida.

She’s most afraid of running out of chocolate says Real Housewife of Melbourne Gina Liano, as Season 3 wraps on the Foxtel series. Another feisty series is said to be on its way next year.

Spotted: Mick Gatto, Warwick Capper, Max Markson and Tania Zaetta at the Anthony Mundine fight at the Melbourne Convention and Exhibition Centre. They were not all sitting together.

Which stylish society gal, with sore feet, declared to her reality show beau that she’d rather get blisters than take her shoes off in public?

Charity of the week: Painters and Dockers are the headline act for a major fundraising event for the Salvation Army. With A Grand Carnival theme, the dinner and charity auction is being held next Tuesday November 24th at Collingwood Town Hall.

The Scorpion is inspired by a true story and tells the tale of eccentric genius Walter O’Brien and his team of brilliant misfits as they take on the high-tech threats of today’s world. It’s high octane drama.

The Affair is a riveting and compelling tale of Noah, a New York school teacher who embarks on an extra-marital affair.