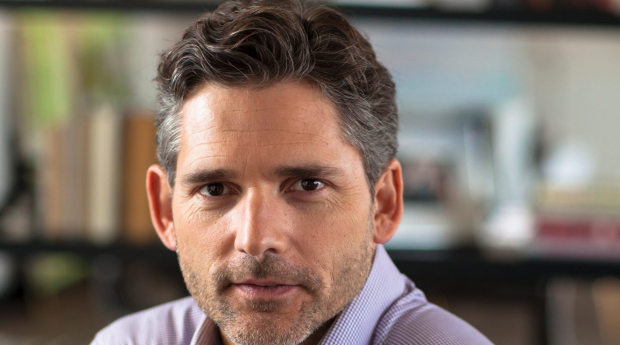 The boy from Coburg still can’t quite believe he’s been enlisted to style the Maltese entry for the Eurovision event beamed into 180 million homes across the globe in May. He’s also a proud Australian with Italian heritage. It sounds like a dream come true for the hard-working, inspiring and clever man who can include on his CV clients such as Lady Ga Ga, Kylie, Prince and Human Nature.

Delta Goodrem is gearing up for a big night. The 31 year old will sing her brand new single at the upcoming TV Week Logie Awards on May 8. The song is called Dear Life. Each year there are those that call for Australian artists to be featured at the awards. There you go.

Spotted: John Elliott and Sam Kekovich having a good natter at a Collins street city restaurant ? outdoors of course.

Catherine McClements, a truly exceptional actor, was seen taking in the classic Romeo and Juliet at the Arts Centre. The Bell Shakespeare production was vibrant, passionate and brimming with sword fights. Those in the front few rows could even hear the ‘swoosh’ of the blades – making it a tremendously intimate and exhilarating performance.

Eric Bana and Ricky Gervais. I want to see that. The pair are heading to the Tribeca Film Festival this week to premiere their new Netflix film Special Correspondents, which is described as a satirical comedy about a radio journalist. Gervais is hitting the US talk shows. I’m hoping Bana, who is hilarious when he wants to be, gets a guernsey.  By the way, social media quip of the week is awarded to Gervais who described the Depp/Heard bio-security video as resembling a ‘hostage video’.

He’s still trying to sell books. Ricky Nixon was perched at a table with some mates at the Melbourne Bakery in Port Melbourne. And as the lovely sandwich makers spread avocado or toasted bread, people could peruse Nixon’s book displayed on the counter. 30 bucks, signed, if interested.

The Andy Warhol/Ai Wei Wei exhibition is tracking to be the biggest exhibition in the National Gallery of Victoria’s history. It has had about 350 thousand people through but needs to pass 361 thousand to beat the biggest ever: The French Impressionists. The exhibition is open until late all week, 24 hours over Saturday/Sunday and has decided to open 1-5 pm on Anzac Monday.

‘I’m immensely proud of this collection of songs. It is my life’s work in song to date,’ says Kate Ceberano who will release a 53 track, three CD set called Anthology on May 6. Her first album was 30 years ago with band I’m Talking. Seems like yesterday I watched that band on Countdown! The divine singer recruited the likes of John Farnham, Paul Kelly and Ronan Keating to record duets. One of my favourite tunes, The Carpenters, ‘We’ve only just begun’ is on the release.

Charity of the week: The man who is still making us laugh decades after Acropolis Now had us in fits, George Kapiniaris, is part of the It’s all Greek to me Comedy Gala on Friday April 22 at the Athenaeum Theatre in Collins Street. It’s an all-star comedy showcase with a heap of funny pals helping him out. The funds raised will be supporting humanitarian groups in Greece, a country still facing tough economic times.

This week’s Giveaway: Mother’s Day is on its way. This week’s giveaway is a cool and colourful Smash Prize Pack from the Limited Edition Love Mum range, exclusive to Coles.It includes an insulated lunch bag, umbrella and cosmetic purse. A perfect gift to show Mum you care. Email ddemaio@3aw.com.au for your chance to win!