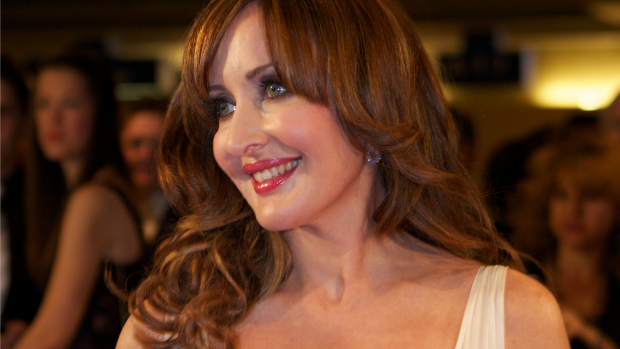 Musical theatre super star Marina Prior took a nasty tumble down the stairs at The Regent Theatre as she prepared to introduce the Von Trapp children for the Melbourne season of The Sound of Music which begins in May. She was seen in her stunning stilettos, nursing a sore hip and perhaps contemplating finding an ice pack to soothe the pain.

Samuel Johnson, who retired from acting last week after his brilliant time as Molly, had a surprise gift presented to him after his treasured bike was stolen. Johnson, who we all know is a true inspiration, had just completed a motivational talk to Sensis employees in the city when he was given a replacement bike. The charitable former actor deserves such an act of kindness and so much more. Well done, Sensis.

Where do Masterchef runners-up end up? The affable Callum Hann is the ‘Chief Taste Officer’ for Thankyou Group which does tremendous work in its bid to end world poverty. Hann’s taste buds help develop the delicious food range that the company has launched, including amazing muesli bars in a very competitive market. Hann is a softly-spoken man who also spreads his cooking notions and ideas at his cooking school Sprout in Adelaide.

What does a general manager of a leading fashion retailer do to reward the company’s hardworking staff? Well, Sussan is shouting all 60 staff from its Cremorne office to a runway show at the upcoming Virgin Australia Melbourne Fashion Festival otherwise known as VAMFF. Sussan unveiled their latest Autumn/Winter looks at their head office, with camel hues, cool leather and even black lace featuring in the collection. So much more than just great sleepwear. By the way, VAMFF has shifted to the Royal Exhibition Building after a stretch at the Docklands and has already sold out four parades.

A huge party will launch the Marilyn Monroe exhibition at the Bendigo Art Gallery this weekend, while locals are embracing the Hollywood touch in their beautiful city. And who could resist naming a burger after the film icon? Boris Murgers Cafe in View street, Bendigo has developed the ‘Some like it Hot’ burger and even a JFK hotdog in Marilyn’s honour.

Casting for the Paul Hogan television mini-series has begun. Whispers are that Grant Piro (Stingers, Blue Heelers) has got himself a gig.

Here’s a weight loss tip. Champion jockey Brad Rawiller revealed to the Melbourne Racing Club Committee Room ( about to tuck into a delectable Ian Curley devised feast of beef cheek and pork belly at the Blue Diamond Stakes) how he loses those pesky, lingering final grams before riding. He actually wears multiple pairs of pants and tops including plastic trousers in the car on the way to the track. Sounds uncomfortable to say the least but apparently a winning formula for the super slim jockey.

Giveaway: The Complete First and Second Seasons of Mad About You are out on DVD. Starring Paul Reiser and Helen Hunt, the hilarious Emmy award winning comedy tackles life, love and marriage. The DVDs include the pilot and a total of 46 episodes. Too funny. For your chance to win please email ddemaio@3aw.com.au and include your postal address