‘Don’t blame all Victorians for our coronavirus mess’ 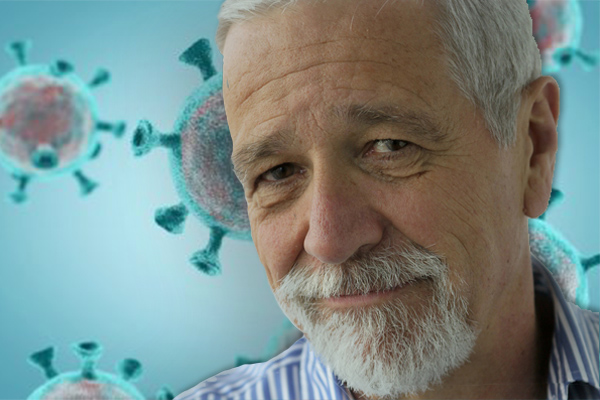 It is difficult to remember at the moment, but the people of Victoria are a fairly decent and sensible lot.
Yes, we do go silly about our local football, we boast a little too much about our major city, our traffic is a disaster and there seems to be a policy that you take an armed robber out to dinner rather than put him in jail.
But don’t judge us too harshly on the inescapable fact that in the middle of an attempted COVID-19 recovery, Victoria is holding the entire country back.
Because believe me, the people of this state will do everything they can to flatten this awful curve and show the rest of the country how it can be done.
We can be stoic and we will need to be.
From midnight 5.2 million Victorians are for six weeks again locked in their houses, unable to go out for anything other the most basic reasons.
It is not our fault the government’s fight against the virus is in disarray.
It is not our fault the premier employed a bunch of dodgy security guards to monitor hotel quarantine rather than the experienced and capable members of the Australian military.
It is not our fault that our government sent the absurd message that while a son couldn’t visit his mum on Mother’s Day it was OK for a bunch of yobbos to march through the streets and face few consequences.
Blame for that our extremely arrogant and evasive premier.
He continues to treat the public like fools, spinning rather than answering and dodging rather than confronting the issues he should confront.
But leave him to us. We will sort him out.
He has finally been exposed and once we get through this crisis we will deal with him.
Even the compliant media pack has turned on him, and that has taken years.
Today the priority is the fight we must win and you can count on the people of Victoria to do that or have a damn good try.
We are battling a frightening danger in high-rise public housing towers.
The answer has been a Chinese style lock-in.
The logistics have been bungled and the residents have been furious. Learn from those mistakes.
In broader Melbourne tonight the vast majority of those affected will go into serious lockdown, follow the rules, social distance, and wash their hands, the whole lot.
We will once again leave empty streets and empty shops because we know this must be done and we are the people who must do it.
Businesses will go under and workers will worry about feeding the family.
Mental and physical health will suffer.
The first lockdown had something of a novelty about it. It was exciting.
This time it will be arduous and destructive. It will cost $1 billion a week.
But we will accept responsibility for this fight and if it succeeds, the rest of the country can adjust and adopt our tactics when the crisis hits there.
Most epidemiologists think that is inevitable, by the way.
So if you are sitting in Sydney or Brisbane or Perth or Adelaide or Hobart smirking at the mess, don’t. You could be next.
We are already seeing how easily it can travel, with Victorian cases surfacing in the ACT and regional NSW.
This virus is with us for at least another year and outbreaks are inevitable.
True, Victoria has a bad one and it is our fault.
Nobody could criticise all the other states for building a version of the Trump wall. We would do the same.
There is also evidence our early hardline and draconian police enforcement has not worked.
Victoria issued more than $10 million in fines during the first lockdown, NSW around $1.5 million.
But who is in trouble today? Still, we are sticking with that.
The police say it is not quite a “ring of steel” around greater Melbourne but it is a ring of flashing blue lights.
There will be police on horses, police on motorbikes and in cars and aircraft.
There will be drones and road blocks and automatic number plate identification in case some fool tries to travel from Broadmeadows to Bendigo.
There will be no leniency. Citizens will be tracked like a Colombian drug syndicate and fined only slightly less, $1600.
But hopefully, combined with massive testing, strict lockdown, and a determination to follow the basic COVID-safe rules, we will slowly get on top of this.
By carefully analysing data and reviewing where Victoria succeeds and fails the country can establish a template for action when facing the inevitable similar surge.
So we will carry the can we have to carry because our government stuffed up.
It is our responsibility and we hope it helps everybody in the long term.
Victoria has lost a great deal. Tragically, it will lose more lives.
But it has also lost the trust of the rest of the country, with some reason.
It has lost any false sense of moral supremacy. And it is even likely to lose the AFL Grand Final.
That’s why the words of Scott Morison were reassuring today.
He said: “At the moment we are all Melburnians. We are all Victorians. We are all Australians.”
That doesn’t mean Victoria needs to be indulged or cut any slack.
But it does remind us in the south that we have a role to play, not just for ourselves, but for the rest of the country.
And we will do it.
Neil Mitchell