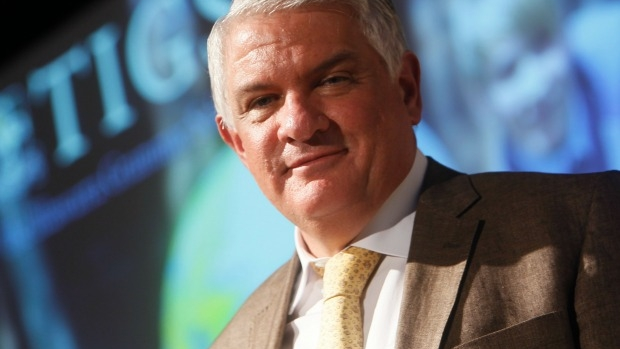 It is said to help change an individual’s thoughts, feelings and ability to manage life events and that watching cetain movies can and will change the way we think, feel, and ultimately deal with life’s ups and downs.

It led to Dr Carr-Gregg revealing his top 10 ‘feel-good’ list of movies.

Full of fantastical tales and colourful characters, Big Fish tells the unbelievable story of Ed Bloom, played by Ewan McGregor. From making friend’s with a giant, to having his future told by a witch, he’s led an amazing life and you can enjoy it in this feel good film for the whole family.

Based on a true story, Remember The Titans is about an African-American high school football coach who, against all the odds, brings a team of young men together and leads them to victory. Starring Denzel Washington, the friendships that are formed during a time when desegregation was still fairly new, won’t fail to make you feel good.

Little Miss Sunshine stars Toni Collette and Greg Kinnear as part of an extremely dysfunctional family who go on a cross-country trip to enter their daughter in a beauty pageant. With more than a few issues between them, and plenty of obstacles in the way, they end up going to impossible lengths to get there in time. With a refreshing honesty about family life, and a be-yourself-attitude, this film will have you smiling from start to finish.

Groundhog Day is the ultimate feel good classic. Bill Murray stars as a grumpy news reporter who is stuck living the same day over and over. Although it takes him a while to get there, after numerous different versions of the same day he finally realises the beauty of life and turns everything around. This is a great movie for making you realise how lucky you are.

You have to watch this story of a Mumbai teen who goes on the Indian version of ‘Who Wants To Be A Millionaire?’ so he can find his lost love. Starring Dev Patel and Freida Pinto, he then has to explain how a boy from the slums could win after he’s arrested for cheating, as well as continue the search for the love of his life. Talk about a feel good film!

This is one for all you romcom lovers. Ewan McGregor and Ren?e Zellweger star in this film about a man who avoids love, and a woman who doesn’t think she’s needs it. When the mismatched pair come together, they’re both surprised by the outcome. Set in ’60s New York, it’s a story about love conquering all and is guaranteed to put a smile on your face.

Will Smith was nominated for an Oscar and a Golden Globe for his performance in this film about a young man struggling with homelessness, while trying to raise his son. Will Smith’s own son Jaden made his debut in this movie, which is based on a true story, and sees Smith’s determination and hard work ultimately pay off. Plus, any film with happiness in the title should be feel good, right? Even if it is spelt wrong?

Billy Elliot is guaranteed to put a smile on your face as Jamie Bell pursues his dream of dancing against the stigma surrounding boys who do ballet. Set against the backdrop of the ’80s miners’ strike in North East England, things aren’t easy for his family but they make the ultimate sacrifice to send him to ballet school. Now if that doesn’t make you happy, we don’t know what will.

Being a parent isn’t easy as Julia Roberts discovers in Stepmom, but when tragedy strikes and Susan Sarandon gets ill, she has to step up. A truly heart-warming film about different kinds of family, the friendship that forms between the two women for the good of their family will bring a tear to your eye.

When it comes to inspiring films, it doesn’t get much better than Precious. Starring Oscar-nominated Gabourey Sidibe, it’s the story of an abused, overweight, illiterate teen who manages to rise above her suffering to make a better life for her and her children. Be warned, it isn’t for the faint-hearted but if you can make it to the end, you’ll feel like you can conquer the world!

Click PLAY below to hear some listener suggestions on 3AW Mornings