Drivers can be fined twice at the same spot, at the same time, one fine for point-to-point, the other for instantaneous speed.

“So this particular pair of offences relates to both an instantaneous offence and a point-point offence.

“139 was the instantaneous speed but the average speed between is 151.”

“Take the speed out of it, is it fair to be fined twice for what’s effectively the same thing?” Neil said.

A man has received two speeding fines on the Hume Freeway, on the same day and at exactly time.

“On the fine it says it’s the same camera but they’re just worded a bit differently,” Sam said.

Sam says his cruise control was at 110km/hr but one fine says he was doing 151km/hr and the other 139km/hr.

The Department of Justice and Regulation issued 3AW Mornings with the following statement:

Point-to-point cameras calculate the average speed of a vehicle by determining the time taken to travel between two points.

Any alleged offence detected is scrutinised thoroughly and verified before Victoria Police issue a speeding infringement.

They say there is no problem with cameras on the Hume, and that if someone is caught consistently speeding  above the limit between two points, they can receive a fine for both point to point and instantaneous offences. 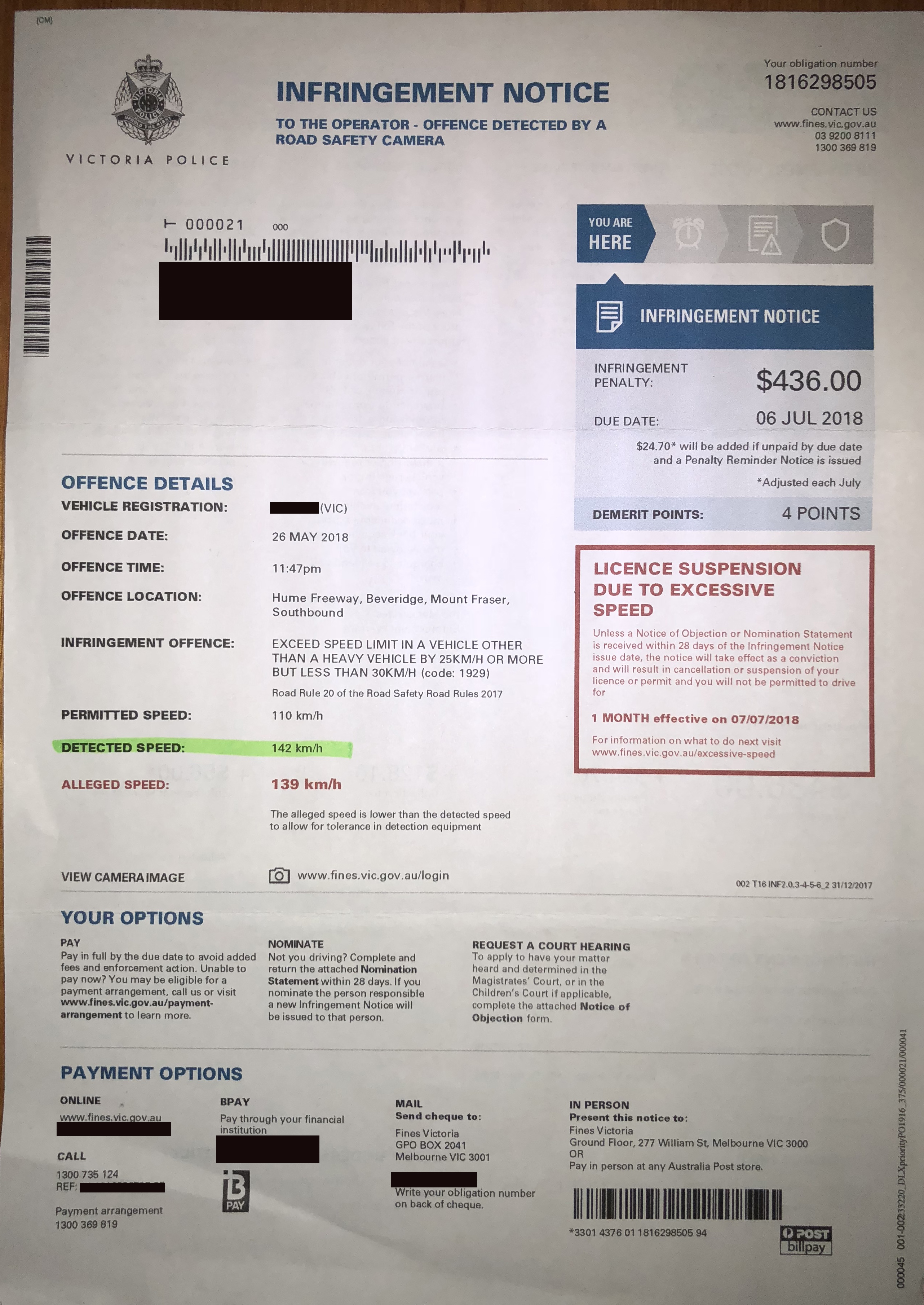 If you suspect you’ve been issued a dodgy speeding fine on the Hume, send it through to nmitchell@3aw.com.au