Dumplings with Dan: Labor needs to answer its own 2017 questions

It’s time for Labor to answer their own questions.

Daniel Andrews and his government went after Matthew Guy for his lobster with an alleged mobster — “a man, by the way, who denies any wrongdoing and has never been convicted of anything,” Neil said this morning.

“It did Matthew Guy enormous damage.

“If Matthew Guy had questions to answer, so does the Premier.”

Well, maybe the government can take inspiration from the list of questions they used in a press release to attack Mr Guy last year. 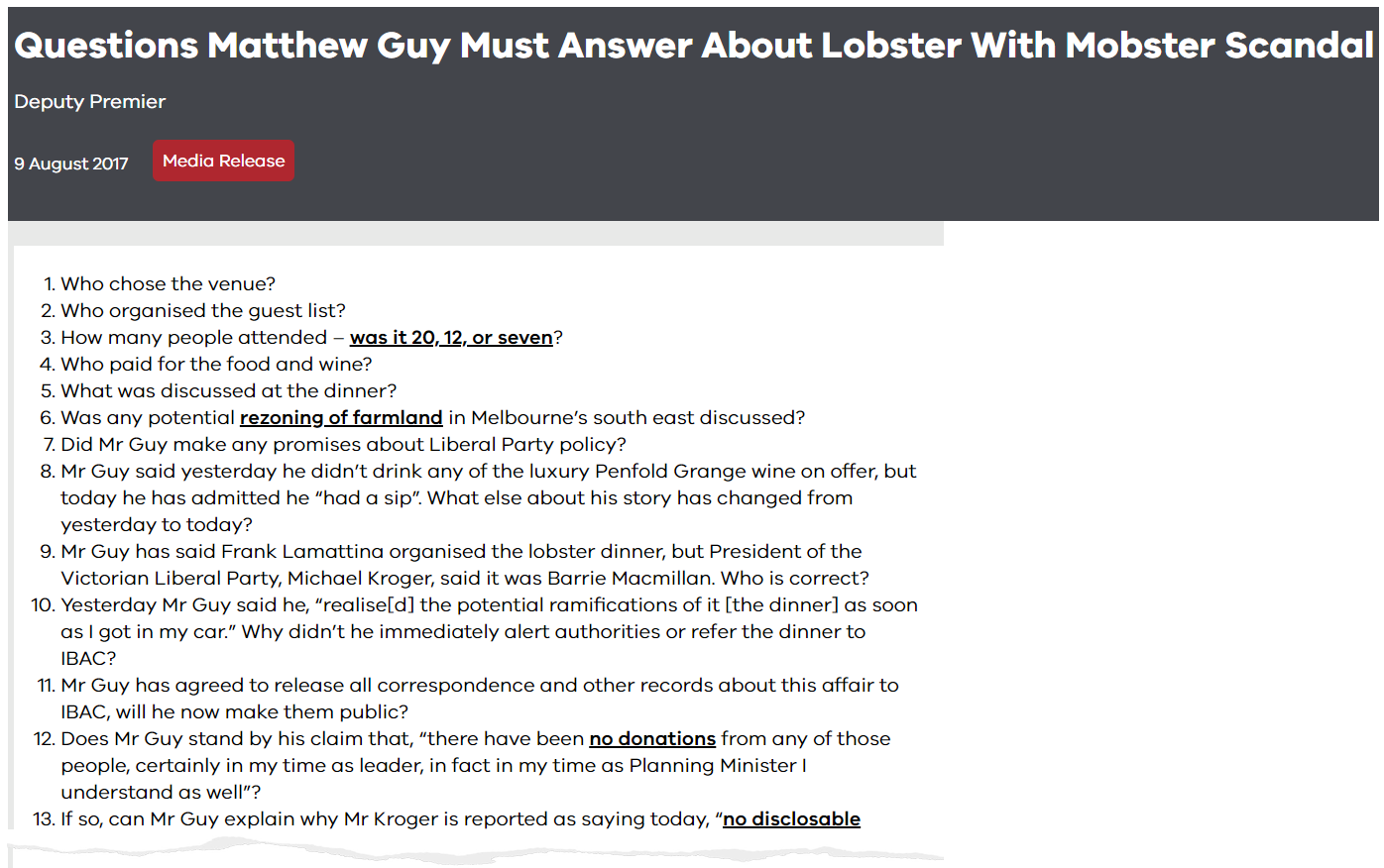 “Who chose the venue?

“These are the sort of questions the government asked of Matthew Guy’s lobster meal and, now that premier has had his dumplings, he must answer the same questions.

“I don’t believe the Premier is corrupt, nor do I believe Matthew Guy is corrupt.

“What we’re talking about here is consistency — Daniel Andrews and his government can’t savage Matthew Guy on his lobster, and dismiss this incident.”