Images have been released of several thugs wanted over Saturday’s riotous anti-lockdown rally in Melbourne.

Six of the men are wanted over a series of violent confrontations with police officers.

Another two are being pursued for letting off dangerous flares at the anti-lockdown rally, which has been described as the most violent protest seen on the streets of Melbourne in decades.

In total, nine police officers were hospitalised, with one slashed in the neck and several others suffering concussion.

Police have arrested 218 protesters so far, and 236 fines have been issued.

The eight men in the images released by police today are all Caucasian in appearance. Four of them aren’t wearing face coverings.

Press PLAY below to hear more from Victoria Police

Anyone who recognises the men pictured is urged to contact Crime Stoppers on 1800 333 000 or submit a confidential crime report at www.crimestoppersvic.com.au 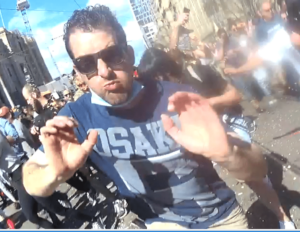 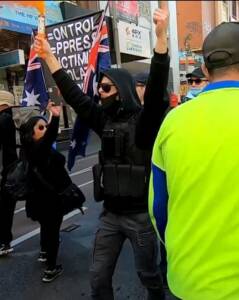 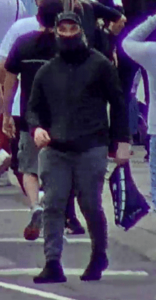 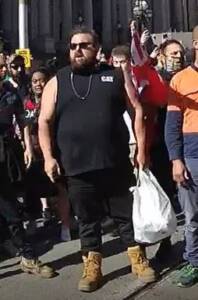