An elderly man is in hospital after crashing his vehicle into a McDonald’s store in Clayton South.

Police were called to the intersection of Westall Road and Osbourne Avenue just before 1pm.

Investigators believe the driver of an Isuzu ute collided with a Toyota Corolla on Westall Road.

The Isuzu then crashed into a Holden Commodore which was stationary at the drive thru.

The driver of the Isuzu, an 89-year-old man, has been taken to The Alfred Hospital in a non-life threatening condition.

“A car has gone into the McDonald’s drive thru he must’ve had a bit of a special order or something he wanted to pick up in a hurry,” he said.

“There’s a bit of damage to Mcdonald’s drive thru, I don’t people will be going through there today.”

Police are on site.

Press PLAY below for Brad’s call reporting the incident. 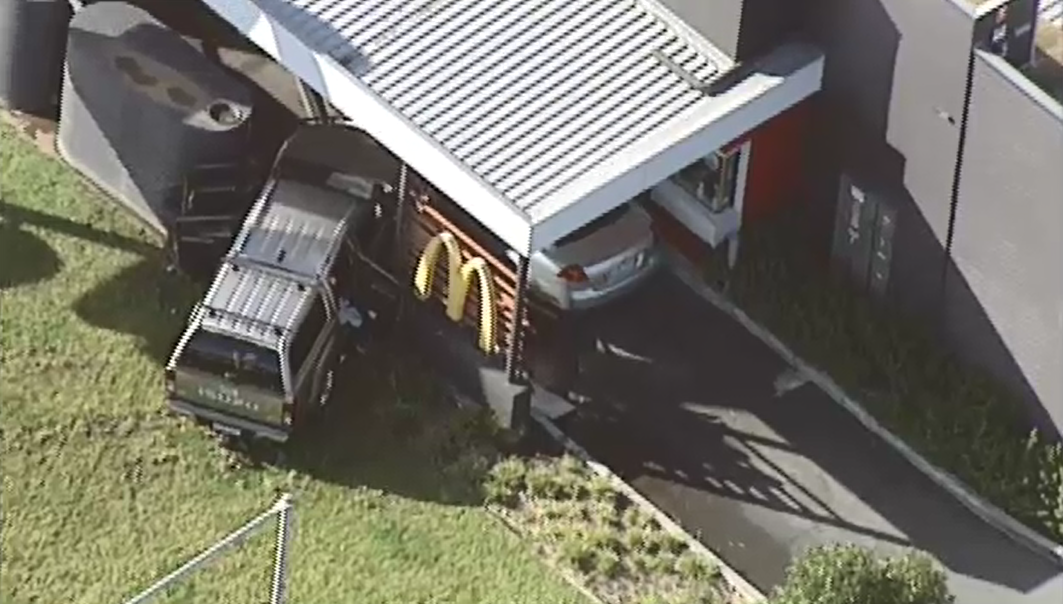