Nillumbik residents have been left shocked by the council’s call for community donations to rebuild the Eltham North playground, which was burned to ground by vandals in December.

Resident Nicole Brittain told Nick McCallum the council put a post on Facebook encouraging ratepayers to dip into their own pockets to fund the rebuild.

“We were assured it was insured,” Nicole said.

Nick McCallum will speak with the Mayor of Nillumbik later in the program. 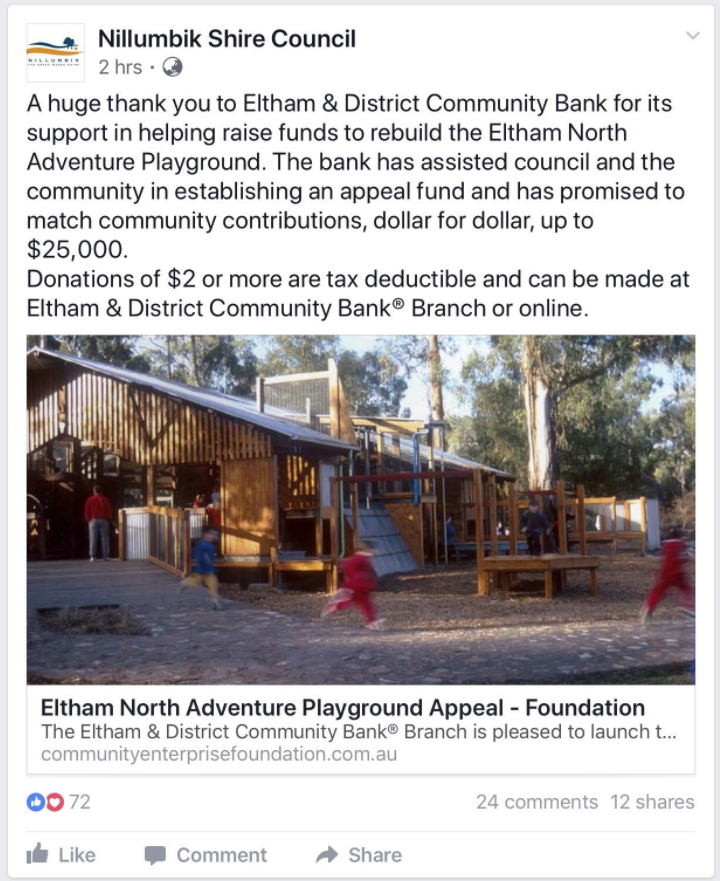