He had been Commissioner since 2014.

It comes amid a WorkSafe investigation into allegations of bullying within the EMV.

Lapsley is the latest in a long list of leaders in the fire services who have stepped down or been sacked during the term of the Andrews Government.

“In recent times it has become apparent that Mr Lapsley has not always conducted himself in accordance with the very high standards expected of him,” Mr Merlino said.

“I have previously made it clear to Mr Lapsley that bullying and inappropriate workplace behaviour will not be tolerated and that remains very firmly the case.”

Back on Friday Neil Mitchell called for Lapsley’s position to be dealt with “quickly and publicly”. 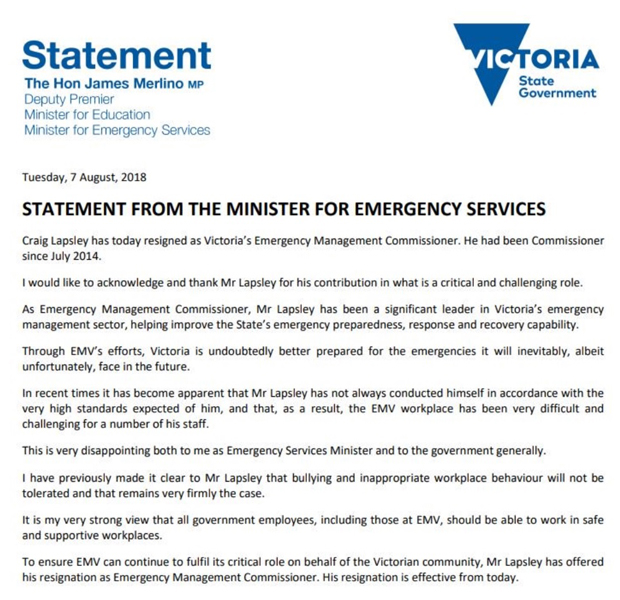