James Faulkner says he’s been “misunderstood” after he sent social media into a spin with posts implying he was coming out as gay.

Faulkner posted a photo to Instagram and Twitter last night which contained a picture of his mother and a friend who he described as his boyfriend of five years.

He has since clarified the matter, saying he was not gay. 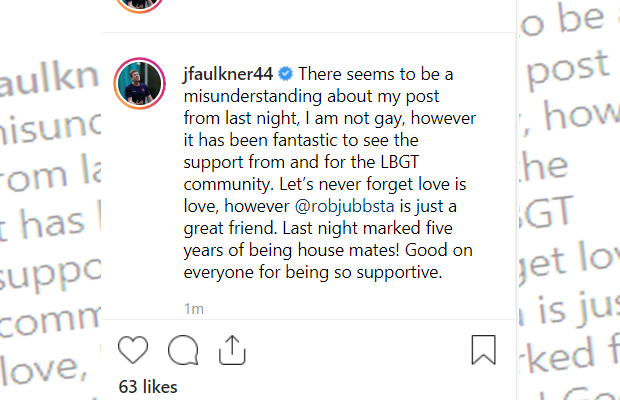 Several other cricketers responded to the tweet congratulating Faulkner.

“I think everyone has just stitched him up,” former cricketer Jason Krejza, a friend of Faulkner, told Neil Mitchell.

“Whether it was just a cheeky post … or whether it was together for five years as business partners, I don’t know.

“I think it’s just a silly tweet he’s going to regret,” he said.