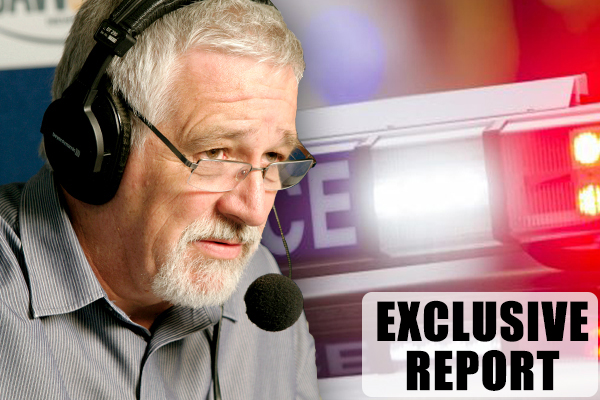 Details of the four home invasions, some leaked by police, come after 3AW reported a fresh wave of similar crimes earlier in the week.

Among last night’s many victims was a 96-year-old woman, and a household forced to lock themselves in a room.

ST ALBANS, 4.30AM: A 96-year-old woman was woken and confronted by an offender at her home in Gertrude Street just after 4.30am. The offender broke a window at the back of the property and crawled into the house. He demanded cash and valuables, to which the victim replied she didn’t keep any in the house. The offender ransacked the property and made off with a small amount of cash from the victim’s purse. He is described as tall, skinny, wearing dark clothing and had his face covered. He fled on foot.

BRIGHTON, 2.50AM: A 43-year-old man confronts man rummaging through his home on Lucas Street. A woman in her 40s was also home at the time. The offender flees with a large quantity of jewellery, via the rear door.

BAYSWATER NORTH, 1.10AM: A male offender forced entry to the front door of a home on Bayswater Road just after 1am. The male and female occupants locked themselves in a bedroom. The man took numerous items along with keys to a car. Police arrived on the scene and the offender fled in a waiting car, which travelled along Canterbury Road with police in pursuit. The chase ended on the corner of Mount Dandenong Rd and Valda Ave in Ringwood East where police lost sight of the car, which is a white VT Holden ute, unknown registration.

SKYE, 11.40PM:  Three men with their faces covered forced open the front door of a house in Selwyn Court, a man who was asleep inside has confronted the trio. He sustained minor injuries and was treated by paramedics at the scene. The offenders fled on foot towards Skye Road. Another man and a woman who were at home asleep at the time were not injured.

96-year-old great-grandmother Sofia was woken by a man standing over her bed at 4am today. He forced her to get up as he ransacked her house and left with just cash from her purse. He smashed a back window to get in. Thankfully she’s uninjured. pic.twitter.com/U5OSptf2R4

Neil Mitchell was then contacted by 88-year-old Joseph, who gave Neil an emotional account of a home invasion he was the victim of, earlier this week.

He said he went out to get the paper at his Mentone home, and went back to bed about 6am.

“The next thing, the door to my bedroom was open,” Joseph said.

A man was standing over Joseph and said, “Don’t move, don’t come near me and I won’t hurt you”.

Incredibly, Joseph tried to take off after the man.

“I sort of went outside my own body, I just felt invaded,” Joseph said as he was bought to tears.

7 News Melbourne reporter Paul Dowsley spoke with Neil from the scene of the St Albans home invasion, where a 96-year-old woman living alone was the victim.

“This is the stuff of nightmares,” Paul said.

“She’s not the sort of person who has a lot of money in the house, but he doesn’t take no for an answer and forces her to get out of bed and takes her around the house as he ransacks, beds have been flipped over, draws turned inside out.

“He got a away with a small amount of cash from her purse.”

Commander from the North West Metro region Russell Barrett told Neil it had been an awful night for police.

“These individuals have no regard for the well being of the community, it’s terrible,” Commander Barrett said.

“We can’t lose sight of the trauma and the impact on these victims, the psychological trauma.”

“At times, we’ve been accused of creating fear and frightening the public, but these facts stand for themselves,” Neil Mitchell said.

It is not yet known if the incidents are linked.

“It all went quiet on home invasions and suddenly this week they’re back. What’s happened?”