A Ringwood North dad who has spent the past three months caring for his bed-ridden son has won 3AW Breakfast’s one golden ticket to the AFL Grand Final.

Scott Baker, 22, nominated his father Stuart, who has been looking after him since Scott suffered a horrific knee injury in June.

“They’ve had to do pretty much everything for me,” Scott said of his parents.

“My dad’s been a fanatical Richmond supporter his whole life.”

Scott, who has had a knee reconstruction and operation to repair nerves in his leg, hobbled into the kitchen and handed the phone to his dad, Stuart. 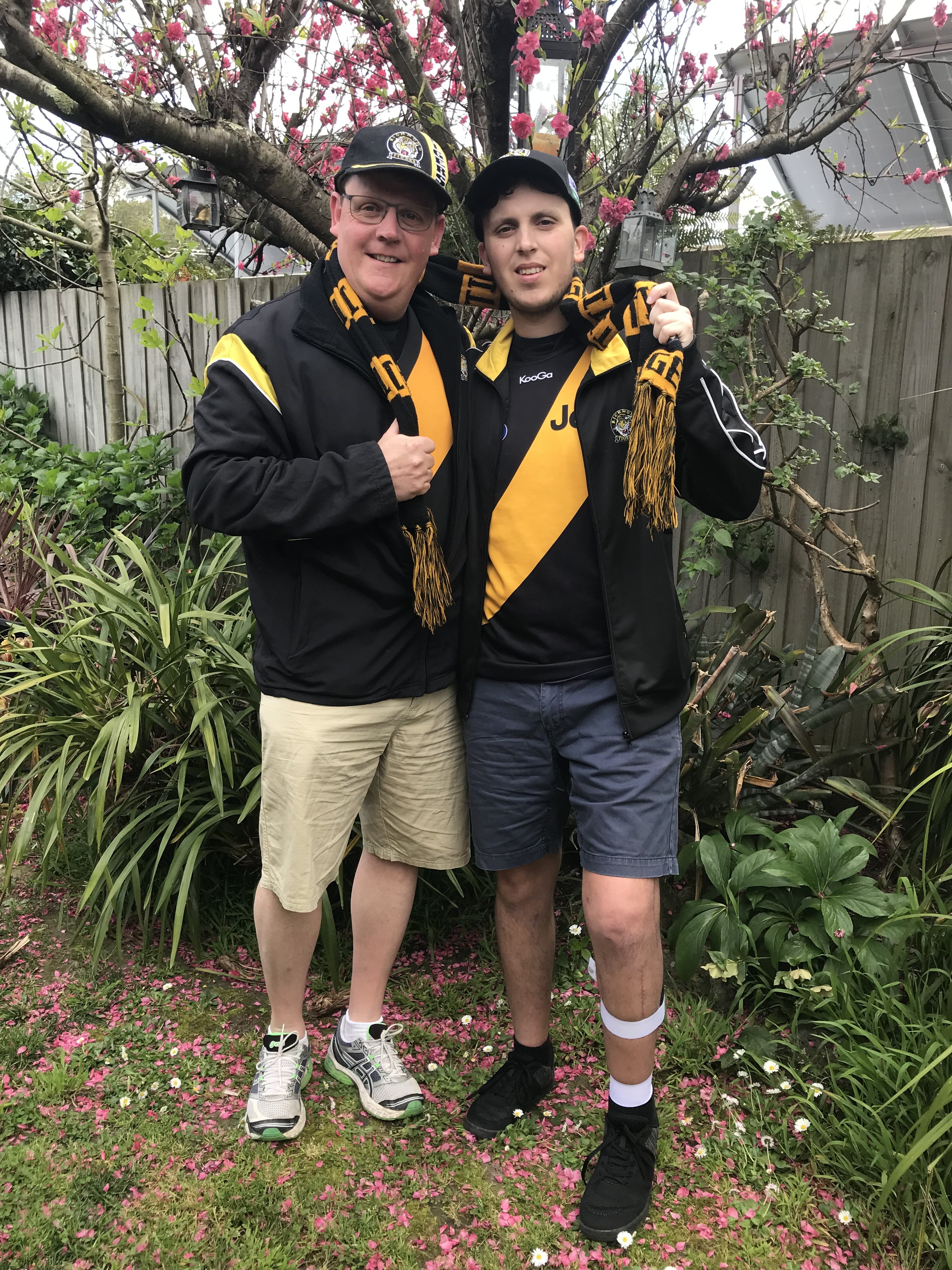 Justin and Kate informed Stu he was the lucky winner, thanks to Nick Holland from the EJ Whitten Foundation.

“It’s on my bucket list, it’s one of those things in your life you want to see.”