Tensions have continued to build between various groups of young men at a train station in Melbourne’s south west.

A group armed with baseball bats has targeted young men of African appearance in an ugly stand-off yesterday, the Caucasian youth looking for African-Australians who had assaulted two teens travelling home from the movies on Sunday night.

The verbal altercation did not escalate into physical violence.

Police have since released images of two youths they wish to speak with about the incident on Sunday night. 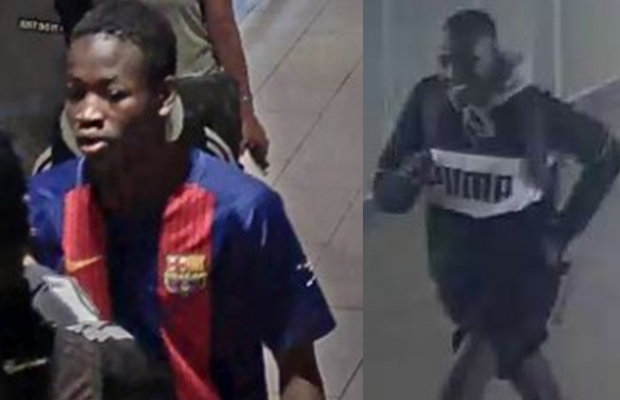 The father of one of the teenage boys targeted took aim at PSOs, for refusing to come to his 14-year-old son’s aid on Sunday night.

First heard on the Rumour File and later confirmed by Neil Mitchell, the teenage boy’s father says his son was robbed and his friend bashed at Wyndham Vale station.

“He’s in shock more than anything,” Anthony Ferrari told Neil.

“He feels ashamed of himself, he feels like he failed because they managed to get everything off him.”

Anthony said his son and a friend had been to the movies and were catching a bus home, and had to change buses at Wyndham Vale station.

“A group of 20-30 Sudanese boys were also on the bus with them,” Anthony said.

“As soon as they got off the immediately surrounded my son and his mate.

“They started bashing my son’s mate.

“The PSO officers got there towards the end of it.

“When I spoke to them on the phone they said, ‘You have to understand there was only two of us and 20 or so of them’.”

Victoria Police say they are investigating the assault and robbery in Wyndham Vale last night, but say the boys approached the PSOs who stayed with the victims and called for back up.

Transit Crime Investigation Unit detectives have taken statements from the victims and are reviewing CCTV footage.

The offender is believed to be African in appearance, aged between 14-16 years old, with a slim build and about 160cm tall.

Anyone with information is urged to contact Crime Stoppers on 1800 333 000 or submit a confidential report at www.crimestoppersvic.com.au