‘None of the fire alarms went off’: Fire breaks out at CBD apartment building

Firefighters are battling a blaze at an apartment complex in the CBD.

A fire broke out on the eight floor of The Fifth Apartments, a 44-storey residential apartment building on the corner of Rose Lane and Lonsdale Street, this morning.

Nine fire trucks and an aerial appliance fought the blaze, which was brought under control just before 11am. 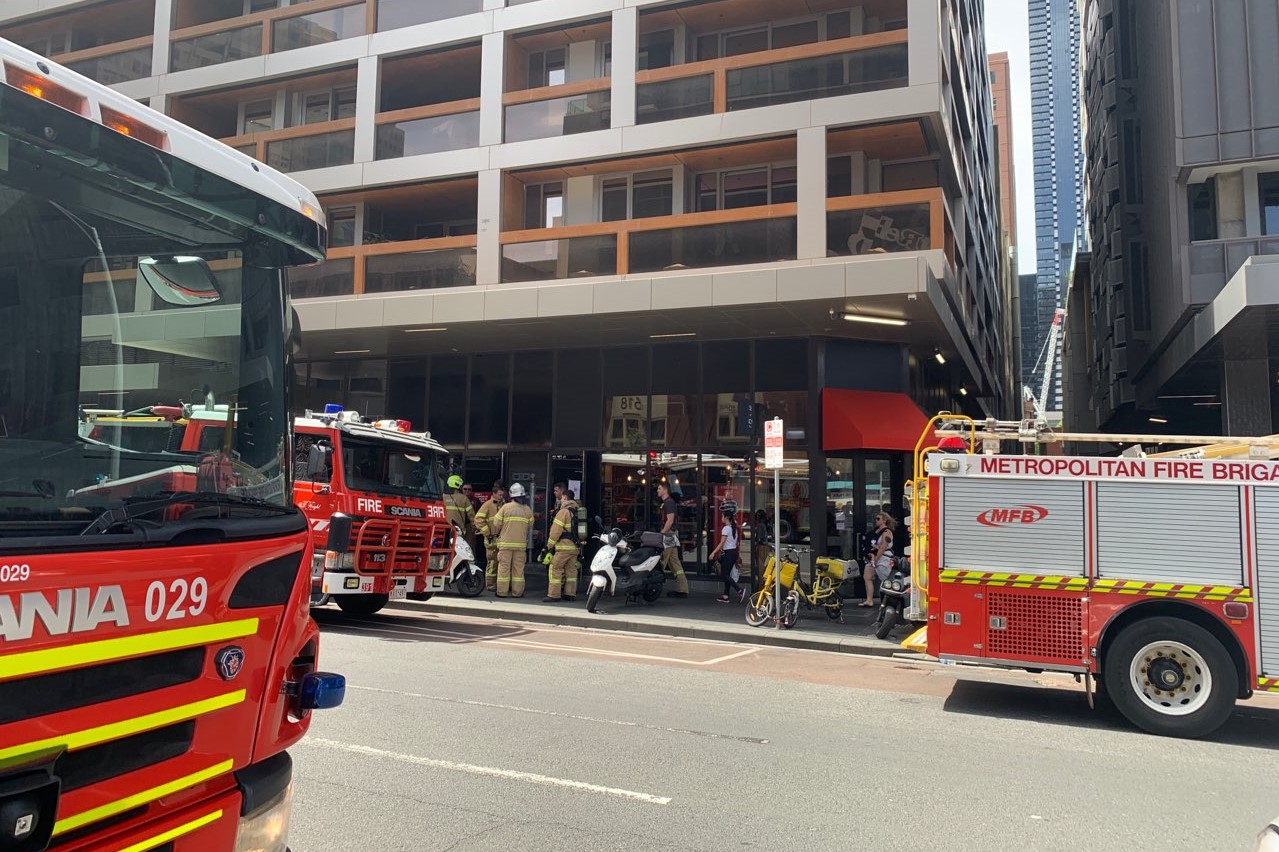 “Outside the building there are hundreds of people waiting to be told what to do,” 3AW Mornings producer Michael Hilder told Neil Mitchell.

“I was sitting on my couch … I looked out on the balcony and there was a fire,” he said.

“It was engulfing the balcony.

“It looked like it was on the sixth floor.”

“None of the fire alarms went off on our floor so I knocked on all of the doors and then just made my way down.”

Smoke alarms are going off in neighbouring buildings as smoke spews from the complex.

Police have closed Lonsdale Street to west-bound traffic between King and Spencer streets.

Lonsdale Street, Melbourne is closed to westbound traffic between King Street and Spencer Street after an earlier building fire which is now under control. Use La Trobe Street or Bourke Street as alternatives. Allow extra time through the CBD. #victraffic pic.twitter.com/MIAORGq95A