A fire at the Bulla tip in Melbourne’s north-west, which sent hazardous smoke over several suburbs, has been brought under control.

Nineteen CFA trucks were on site fighting the blaze, which was controlled at about 11.30am after a six hour battle.

An advice message remains in place for Bulla, Diggers Rest, Greenvale, Keilor North and Melbourne Airport due to the thick smoke.

Residents are advised to avoid the area, keep doors and windows closed and turn off heating and cooling systems.

Phil told Ross and Russel there was “thick” smoke in the area.

Press PLAY below for Phil’s call reporting the blaze.

“I’m fairly confident we will have this under control within the next few hours,” he told Neil Mitchell.

EPA workers are on site, but as of 10am, more than four hours after the blaze began, they had not yet begun monitoring smoke levels.

Press PLAY below for the CFA update on the blaze.

The Bulla tip was ordered to stop operating in 2018 due to concerns about asbestos.

That ruling was overturned by VCAT last year.

Fire crews are still battling the blaze at the Bulla tip.

Residents in nearby suburbs are advised to close windows and doors, and turn off heating and cooling systems, due to the thick smoke. 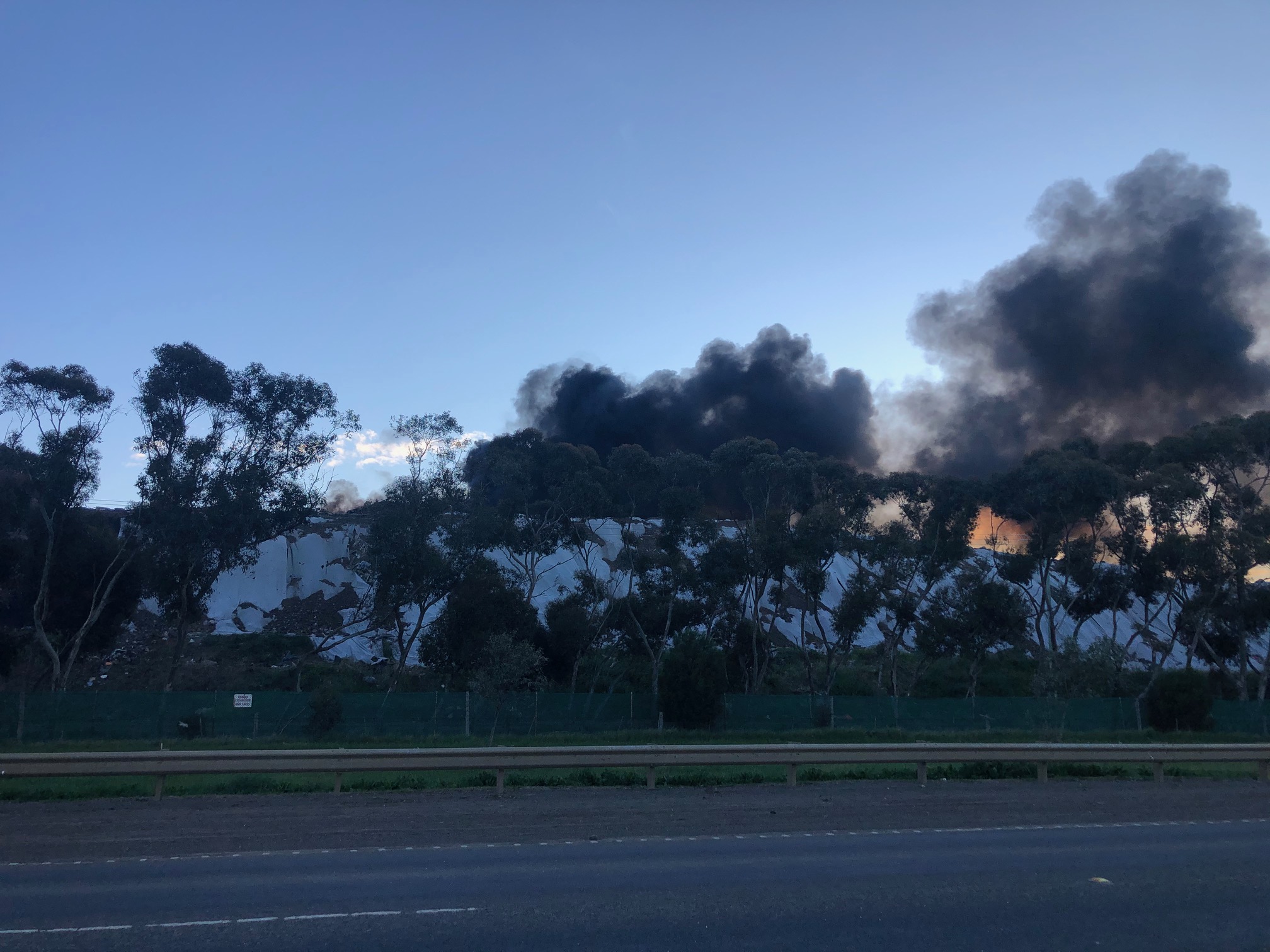 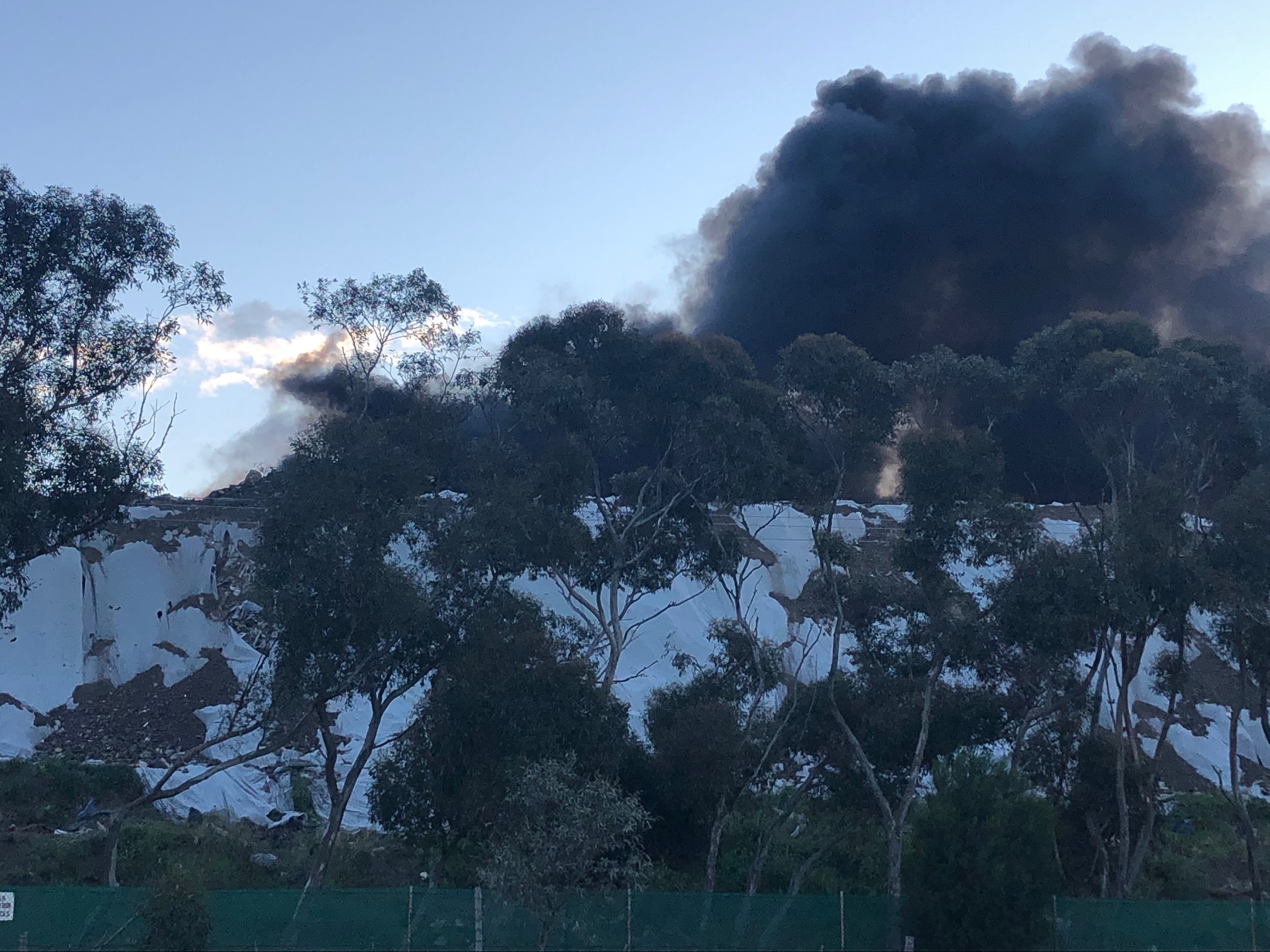