Huge fire destroys Mentone home before spreading to nearby houses

A huge blaze which gutted a home in Mentone this morning spread to two neighbouring properties before crews could bring it under control.

Fire crews were first called to the single storey home on Flinders Street at about 11am, but their efforts to extinguish the blaze were hampered by issues with the water supply allowing the blaze to spread to properties on either side.

Thirty six MFB and CFA firefighters managed to bring the blaze under control in about 50 minutes.

The occupants of all three homes safely evacuated, no-one was injured.

The cause of the initial blaze is not yet known.

The VicEmergency website advises there will be smoke in the area of Flinders, Philip and Spencer streets Mentone.

“There’s certainly one house on fire, in Flinders Street, Mentone,” he said.

“Lots of smoke, seven or eight fire trucks on site.” 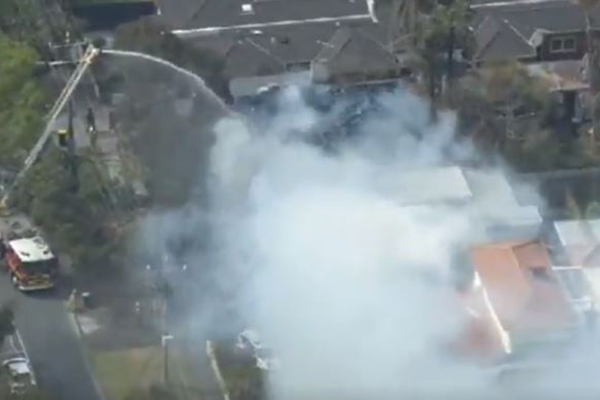