A man has suffered serious burns in a ferocious fire at a gas cylinder factory in Kilsyth.

Crews were called at 2pm to the blaze, which has since been brought under control.

About 10 people were inside the factory when the fire started, within minutes gas cylinders started to explode, some soaring 50 metres in the air.

Callers alerted the 3AW Afternoons program of the blaze this afternoon.

Canterbury Road remains closed in both directions in the area.

Caller Jenny told Denis Walter it was an intense sight.

“Very intense, flames were coming out in a huge, fiery amount.” 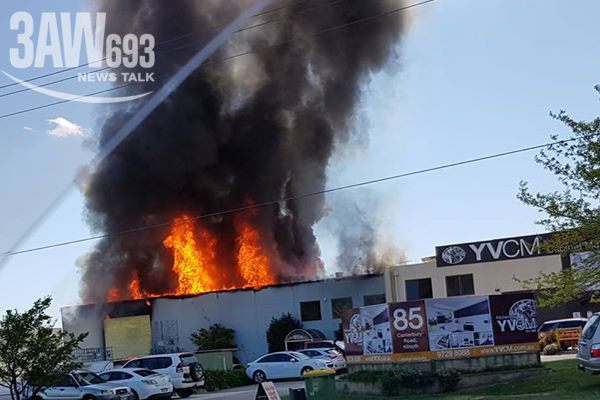 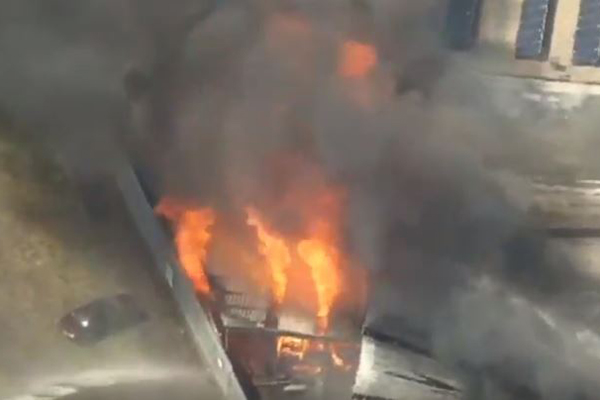