Firefighters battled a blaze which engulfed an upholstery factory at Dandenong on Friday morning.

Fire broke out in the building on Hilton Street just before 6am.

More than a dozen CFA crews attended the scene, where they managed to bring the blaze under control just before 8am.

Two men were exposed to smoke from the fire.

The pair were assessed by paramedics, but weren’t hospitalised.

A community warning has been issued for smoke in Dandenong, Dandenong South, Doveton and Eumemmerring.

The entire factory was lost in the fire, and there was minor damage to a neighbouring property.

The cause of the blaze has not yet been determined.

Lots of smoke in the Dandenong area this morning.

Firefighters are battling flames which have engulfed a factory in Dandenong. pic.twitter.com/z2eTyic0lJ 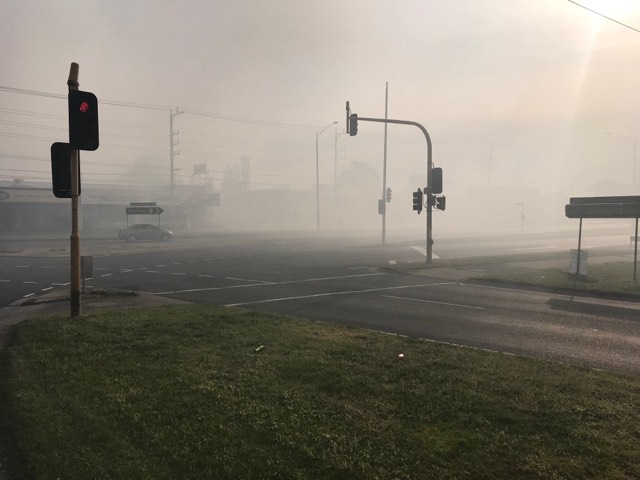