35,000 spectators filled out Carrara Stadium and estimated 1.5 billion people tuned in around the world.

The show received an overall tick from 3AW Breakfast entertainment reporter Peter Ford — “It was quite something, wasn’t it” — with a few notable observations…

The production
“Some of it did seem a bit ‘Eistedford’ at times … but even when it was still enjoyable”.
“But most of the reviews, not just from smart alec people like me, are mostly positive.”

The music
“Katie Noonan keeping it simple at the piano was just sensational”
“I had to laugh when the teams came out to great Aussie rock tunes and poor Tonga emerged to (Divynals classic) I Touch Myself.’ 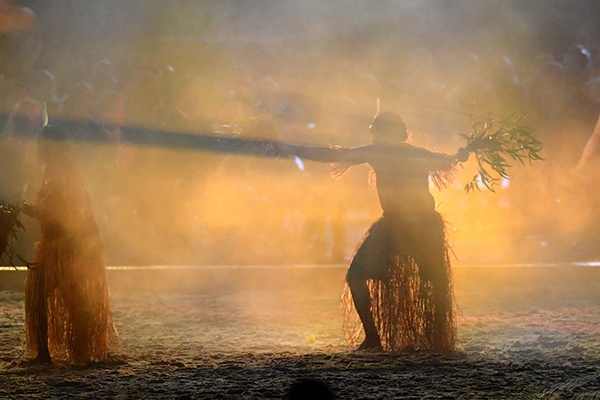 Both Ross Stevenson and Peter Ford noted the considerable amount of time set aside for Indigenous culture.

“I thought we overdid it,” Ford said.

Was Camilla just caught flicking through New Idea reading about her latest feud?