Former AFL star Dayne Beams has been caught up in a spat with a Yarra Valley events venue.

‘Party Pooper’ contacted 3AW Breakfast’s Rumour File on Friday to explain the situation, which has since been confirmed by both parties in The Herald Sun.

Press PLAY to hear how it all started on 3AW

It was all sparked by the 2010 premiership player’s attempts to book his wife’s 30th birthday celebrations at Olinda Yarra Estate.

‘Party Pooper’ told 3AW that Beams had been “difficult to deal with from the start” of their discussion in regards to numbers and pricing.

Beams took exception when told by the venue manager she was “no longer interested” in his booking and for him to look elsewhere.

In text messages leaked to The Herald Sun, Beams proceeded to inform her that he was a recently retired AFL player with “over 100,000” followers on social media.

He then posted a review on the estate’s Facebook page. 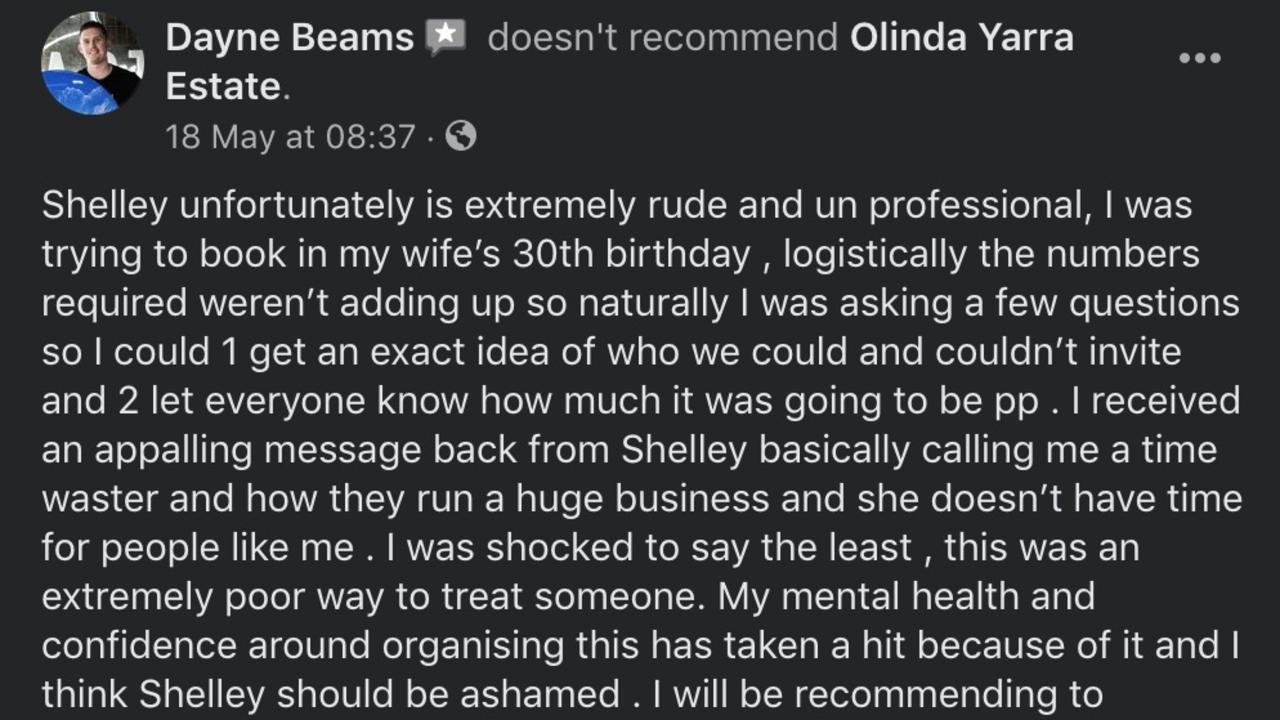