We’re tipping it’ll take Bryan Martin a while to get over this.

The former race caller went agonisingly close to turning $160 into $282,880 in the Melbourne Cup.

Martin placed two $80 all-up bets in the lead up to the spring carnival, with Mer De Glace (Caulfield Cup) and Lys Gracieux (Cox Plate) the first two legs in both bets at juicy long-range odds.

As you’re probably aware, the Japanese duo both saluted.

“All” Bryan needed to collect the monstrous amount was for one of Master Of Reality or Prince of Arran to win the Melbourne Cup.

They finished second and fourth in a photo finish. 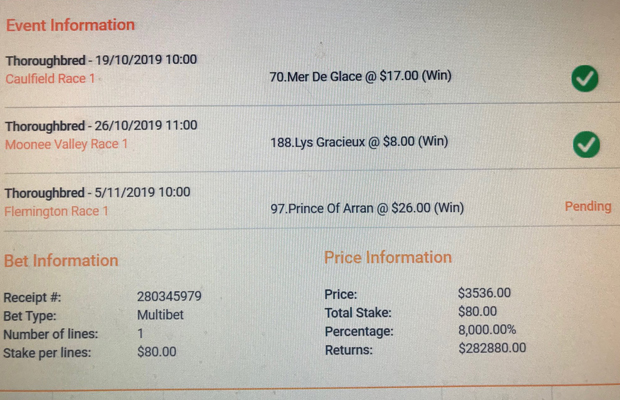 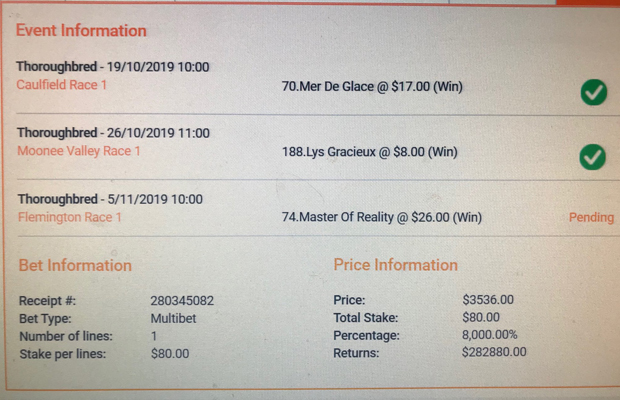 That galloper finished third and was desperately unlucky to not win, with the horse suffering interference from Master Of Reality in the dying stages.

“It’s one of those hard luck tales that’ll never leave me,” Martin told Ross and John.

BELOW: There are four horses in this photo. Sadly for Bryan, the one in front is the only one he didn’t back. 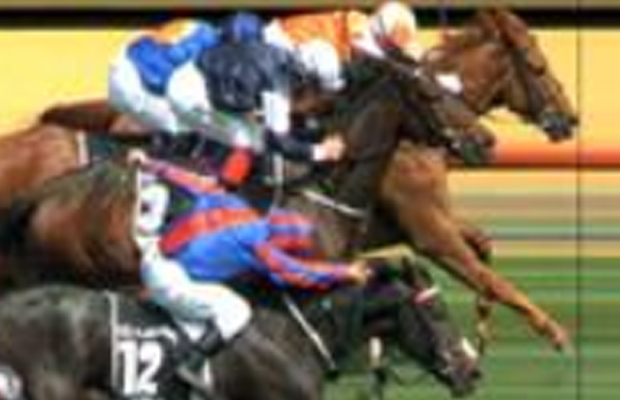