‘Formula One ran through his veins’: Remembering Ron Walker

Ron Walker will be given a state funeral.

The Premier took to Twitter to advise that Ron’s wife Barbara has accepted government’s invitation for a public farewell.

I’ve spoken to Ron Walker’s wife, Barbara, and offered a State Funeral in recognition of Ron’s massive contribution to Victoria. She has accepted. I’ll provide more details as they’re finalised. 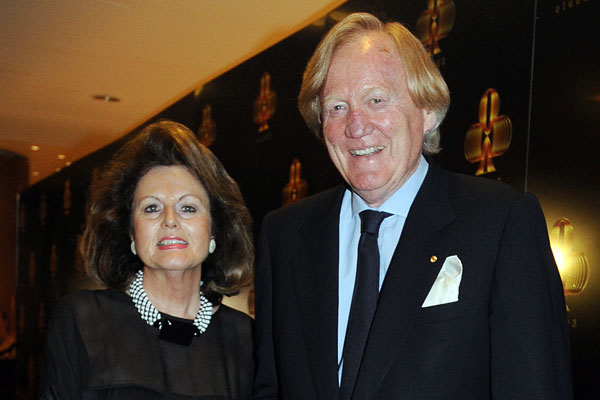 Just 50 days out from the 2018 Grand Prix, 3AW Breakfast had been planning to speak with CEO Andrew Westacott this morning about plans for the upcoming event.

The sad news late last night of the death of Ron Walker changed the nature of their chat today.

“It’s a different morning to the one we planned but the event will be a legacy to Ron in 50 days time,” Andrew said.

“Ron was a wonderful person.

“He loved Melbourne and the Grand Prix particularly and I just couldn’t keep him away from it.

“Formula One ran through his blood.”

Click PLAY below to hear the full emotional interview