Two teenagers have been arrested while two more suspects are on the run following a fatal crash in Mitcham.

The victim, 33-year-old dad Keith Stevens was allegedly hit by a stolen BMW and dragged 85 metres in Mitcham on Wednesday afternoon.

He died in hospital yesterday. 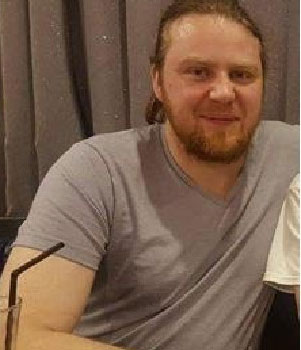 Four offenders dumped the BMW in Scoresby, terrorising residents in a nearby street, fleeing in a white Toyota later found burnt out in Narre Warren.

Born in Scotland he called Australia home. His death is being felt by the lives he touched around the world.

“Keith was our gentle giant and he leaves  behind shocked friends and family.

“We would like to thank the caring people who tried to help Keith and Victoria Police for all of their support.”