Friday Night Lights on hiatus, in preparation for its permanent hiatus 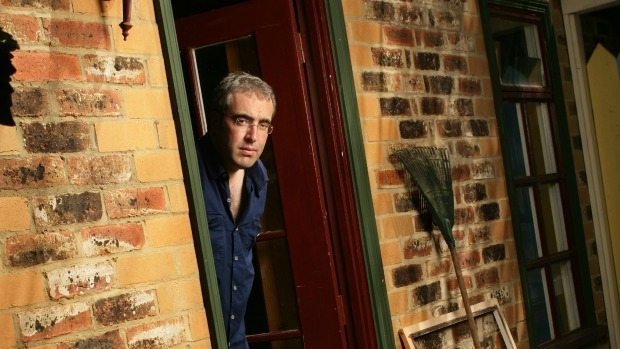 So we’re clear, Friday Night Lights is on a temporary hiatus while the NAB Cup is on, in preparation for its permanent hiatus when the footy proper returns.

The show airs on Fridays between 8pm and 10pm and is intended to inform listeners about upcoming events around Melbourne.

FNL airs again on Friday 4th of March, with Diane Dunleavy (she of the Grubby & Dee Dee’s Weekend Break), who joins me as restricted free agent and co-host. Grubby has consented to this on air non-monogamy on the promise that he co-hosts a yet-to-be broadcast show called ‘Planes, Trains and No Automobiles’. We’re not sure how it’ll go, as shows about planes and trains are often done on the fly and their popularity is hard to gauge.

I should mention that my other guest on the 4th with be comedian/actor/writer/edgy loner, Darren Casey. Darren once played a magistrate in the TV show ‘Crownies’, where this exchange may, or may not, have occurred before him:

Lawyer: ‘You seem to have more than the average share of intelligence for a man of your background.’

Witness: ‘Thank you. If I wasn’t under oath, I’d return the compliment.’

TALKBACK TOPICS THAT DON’T MAKE IT

John Origlasso will be joining me again on Friday nights for the final two shows, and has promised ‘a season ending cliff hanger that will be a guaranteed barbecue stopper?’. Granted, salmonella is also a barbecue stopper too, but John assures me his is less likely to get you admitted to hospital.

John and I also present a segment each Sunday at 1pm on the Weekend Break called ‘The Sunday Roast’. We end our current run with Grubby and Dee Dee on March 20.

The Sunday Roast normally presents two talkback topics that deftly tap the zeitgeist and result in great calls. But I’d be lying if I said it wasn’t an arduous process deciding topics. In our Sunday Roast Underground Bunker & Jooce Bar, we spend hours pitching talkback ideas to each other and writing them down on a big, Soviet era white board.

People ask why we need to do this in a secure facility. We answer that with another question: If the bomb were to hit Melbourne, what would you want to survive – the executive arm of government, or a list of talkback topics about times you wore the wrong clothes to a party, or another one about strange pet behaviour?

Anyway, here’s a photo of the bunker:

As I said, it’s a brutal process and not every suggestion makes it through. Here are some topics that have died a death upon the whiteboard, never to see the light of day that exists beyond the bunker’s concealed, blastproof, three-tonne entry door:

For some reason, my sandals are often a source of comment or bemusement when I’m in at 3AW.

That would be these ones:

I should explain why I wear them.

I live in the achingly progressive City of Yarra, where sandals are compulsory. So is same sex marriage and feeding your dog quinoa.

Shortly after eating her organic superfood, she was out on the street, like any good Yarra council dog, barking at cars.

But only the petrol powered ones.