Friends, family, and the famous gather to farewell Paul Cronin 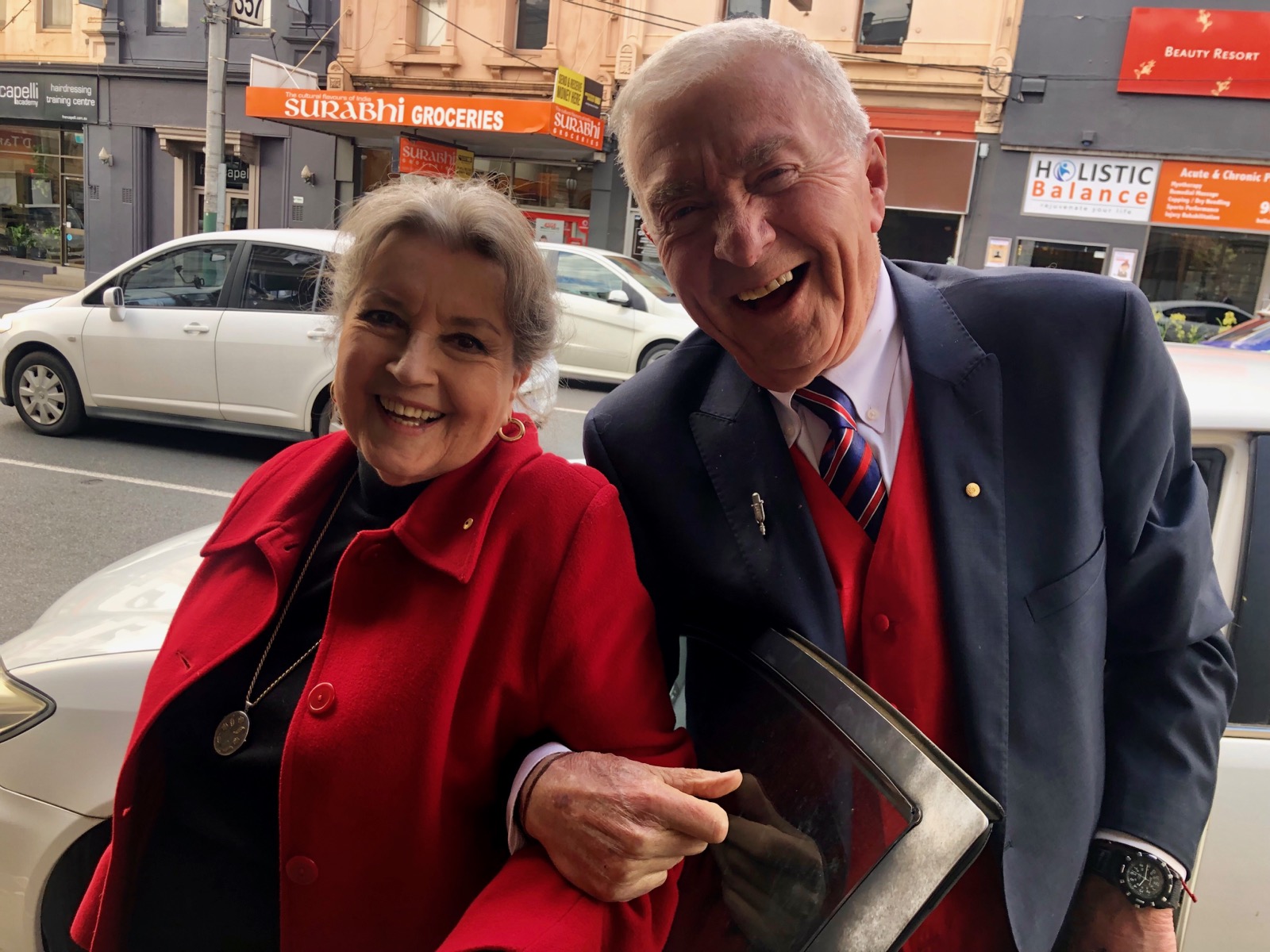 Described today by emcee Pete Smith as “arguably Australian televisions favourite father”, Paul Cronin was remembered at a special service this afternoon at the Hawthorn Arts Centre by hundreds of people. Friends, family and fans.

Paul’s daughters Jane, Katherine, Susanne & Juliana remembered a kind, gentle father who, in their lives went from farmer, to actor, to celebrity, to Brisbane Bears Football Club founder, and radio host.  Their eulogies delivered with grace and style of which Paul would be proud.

Paul’s “Sullivans” co-star Lorraine Bayly remembered her on-screen husband as being the easiest male lead she ever had the pleasure of working with.  She got a great laugh as she spoke of the day she met Paul and how they ended up in bed together that same day.  As it turns out the first scene of the Sullivans ever filmed involved the Sullivan kids waking their mum and dad up.   It was only at the end of her speech that the unflappable actress broke down.  Her voice choking as she farewelled a friend she had known and kept in contact with for over 40 years.

Philip Brady was next, reflecting on Paul’s radio career.  Paul was the first host of 3AW’s Remember When nostalgia program alongside Lennie Holmes and Neville Wragg in 1979.  Philip also spoke of Paul’s ten year tenure as relief host of 3AW’s  Nightline programme from 1997-2007. Philip recalled the ease at which Paul chatted with his listeners and recalled the one argument they had when guest Nigel Williamson brought live snakes in to the studio causing Paul to storm out.

Pete Smith did what only Pete could do.  He got many laughs at a funeral, whilst remaining classy and professional.

Slide shows and video shows were also displayed on the screen showcasing Paul’s family life, acting, football management and radio careers.  Most fittingly, it was clear from the photos just how much Paul loved his late wife Helen.  Rarely was there a photo shown which did not involve Helen and Paul holding hands, hugging, or gazing proudly at their four daughters.

Among the crowd of several hundred people were some familiar faces.  Terry Donovan, Reg Gorman and Ken James, all stars in their own right, were instantly recognisable. Not as recognisable but equally important were Australian Hollywood movie director Rod Hardy, Director David Lee, former GTV9 programme director Jim McKay, and from the family which brought us the great television programs in which Paul starred, Ian Crawford.

Paul is survived by his four daughters, and a plethora of grandchildren.