A ute has overturned and taken down power lines along a highway in Melbourne’s east.

Acetylene gas bottles on the back of the ute exploded as it overturned on Mountain Highway, Bayswater, at the corner of Birch Street, around 8.30am.

Callers reported hearing a massive bang and seeing debris across the road.

Earlier there were suggestions the car had been struck by lightning.

“The ute overturned, as it overturned it had some gas bottles on the back, they leaked and some exploded,” she said.

“And it pulled down some power lines.”

About 60 metres of power lines have come down and surrounding homes have been damaged.

The driver, aged in his 60s, was taken to the Royal Melbourne Hospital with non-life threatening injuries.

Both 3AW Breakfast and Mornings have received videos and photos from listeners. 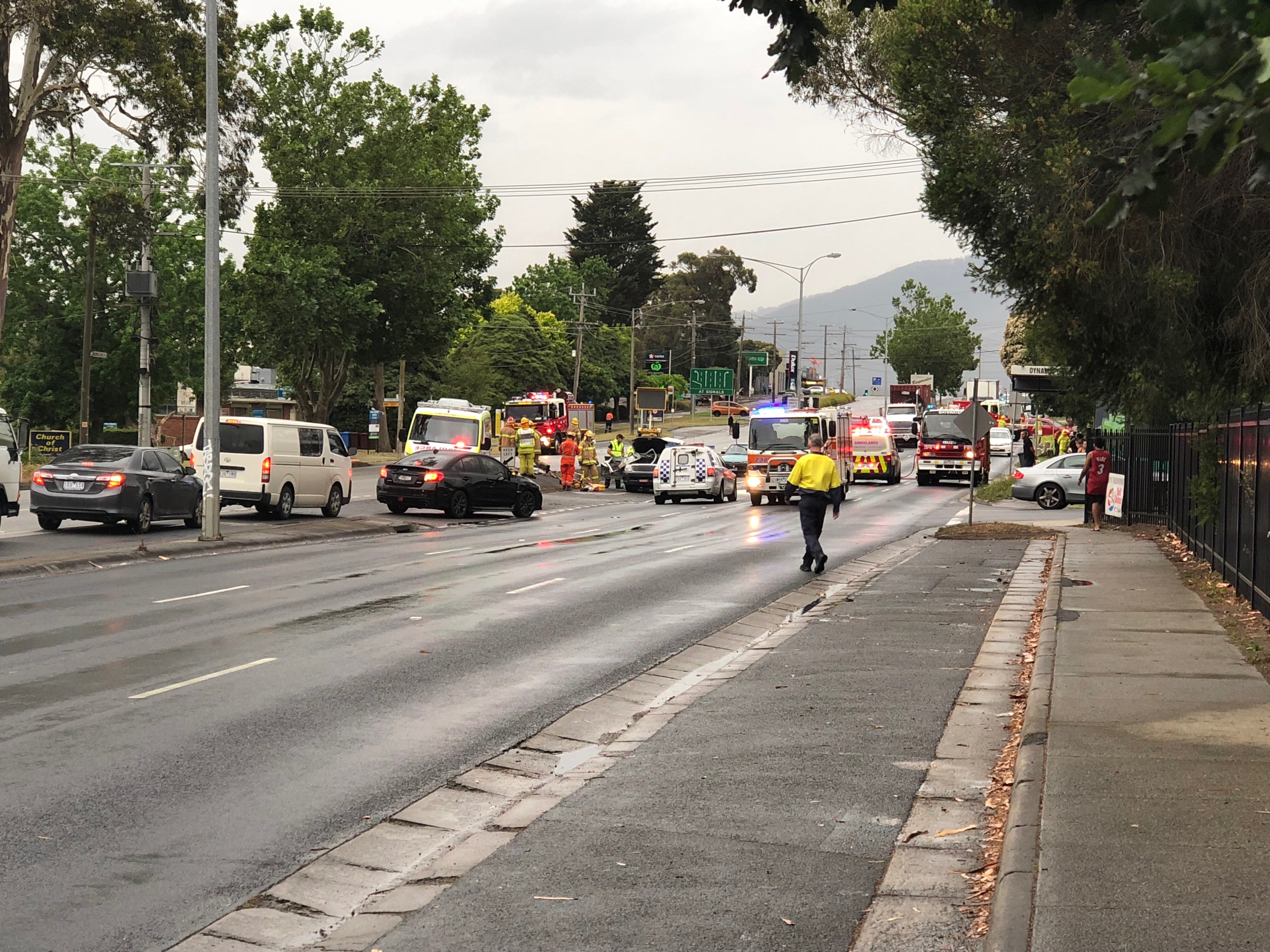