Glassing, thefts and assaults in a night of shocking gang violence on Chelsea beach

A gang of drunken youths has gone on a destructive, thieving rampage on Chelsea beach that has left a man in hospital with glassing wounds.

Last night’s series of troubling incidents started about 6pm when two gangs faced off in the street.

Police moved on the youths, with one young man arrested for drunkenness and criminal damage.

But it only escalated from there.

“This city has a very alarming feel to it.”

“In the lead-up to NYE, the alarm bells are ringing louder than ever, and I just worry that they’re falling on deaf ears.”
-Tony Jones https://t.co/YdMgdnsjhy

Later, about 9.30pm, police say a group of African-Australian youths returned to the beach to target family groups and beachgoers who were escaping the heat.

They stole unattended belongings from the beach, including wallets, purses and mobile phones.

A man emerged from the water to confront the youths.

For that, he was assaulted, and the youths fled. 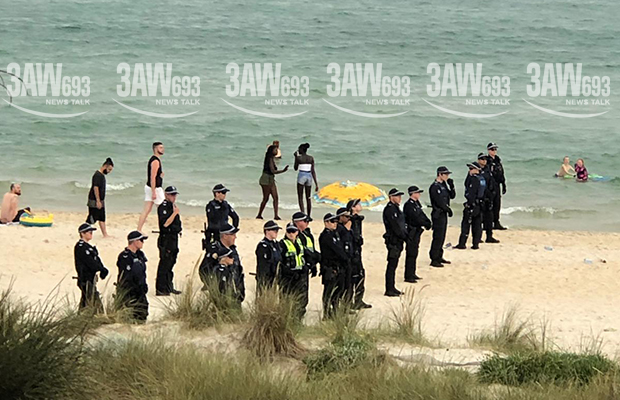 A short time later the group approached three men — aged 25, 28 and 30 — and assaulted them while stealing a mobile phone.

And in a shocking conclusion to the violence, a 19-year-old was glassed.

The teen had been sitting on the beach when the youngsters smashed a bottle over his head.

The victim is in hospital with non-life threatening injuries.

No arrests have been made at this stage.