Greek fans slammed for behaviour at the tennis

A man is facing police charges after a flare was set off outside the MCG on Thursday night.

A 19-year-old man will be summonsed for possession and use of a distress signal.

The offence of possession or use of a distress signal carries a fine of up to $16,000 with an additional penalty of a five-year ban from all major events in the state of Victoria where the offence is connected to a major event.

Police are continuing to view CCTV to identify any other people who may have been involved. 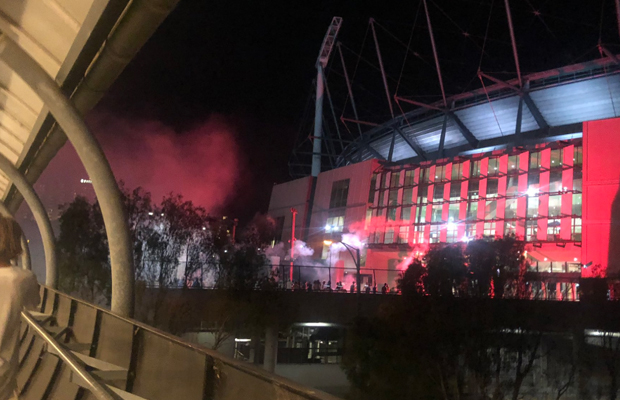