LISTEN: Mike, the victim, (pictured above with his weapon of choice) talks with Ross and John

The victim of a home invasion has used his bass guitar to fend-off two armed intruders in Melbourne’s west this morning.

Two men armed with knives belted down the front door of Mike’s Gilbee Road home in Truganina soon before 2am.

They confronted Mike and his partner, who had a hand placed around her neck while the thugs demanded the keys to a Mercedes-Benz parked in the driveway.

That’s when Mike, 37, picked up his bass guitar. 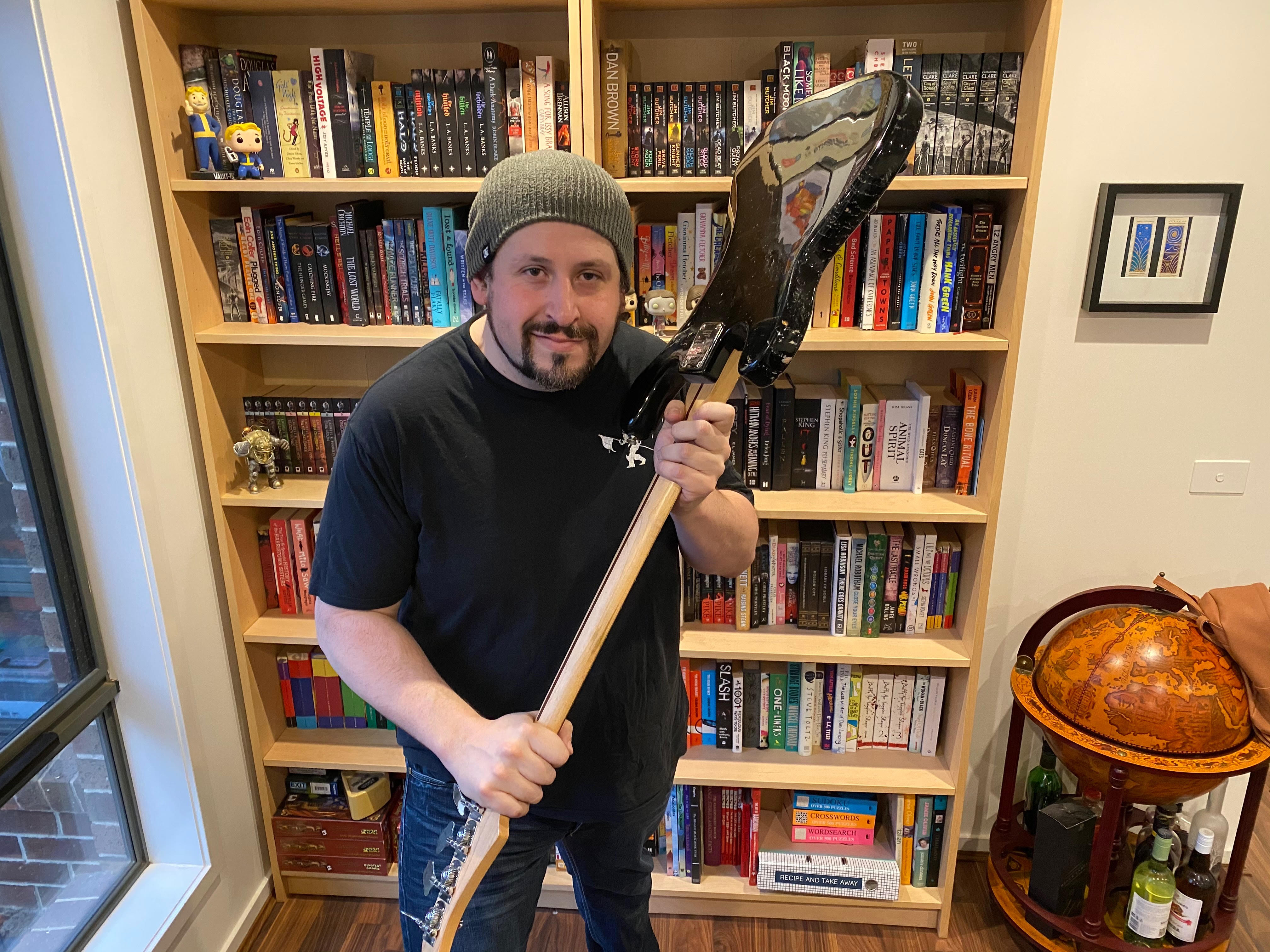 He chased the two intruders from his home and down the street, where a getaway car was waiting with a man and woman waiting inside.

The musician used his instrument to smash the side of the getaway car as they sped off.

Both victims were shaken but physically unharmed when police arrived.

The man confirmed he had used his cheapest guitar.

The offenders are perceived to be Middle Eastern in appearance and were wearing hooded jumpers and had their faces covered.

Anyone with information is urged to contact Crime Stoppers on 1800 333 000 or submit a confidential report at www.crimestoppersvic.com.au.