Police are investigating an aggravated burglary in Ivanhoe on Monday morning.

Detectives believe three men armed with guns approached a Malta Street home at around 4.40am.

The occupant of the home, a 60-year-old man, saw the men approaching and ran from the house.

The trio stole a vehicle from the property, which was found in Oriel Road, Bellfield, a short time later.

The thieves took off in a blue Toyota with the registration ‘1GT3FH’, which was stolen from Lilydale a day earlier.

The blue Toyota is still missing.

Police have released an image of a similar vehicle (pictured below). 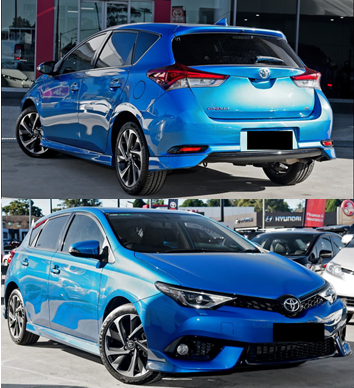 Police urge anyone who sees the vehicle, or has any information, to contact Crime Stoppers on 1800 333 000 or submit a confidential report online at crimestoppersvic.com.au.